Rihanna Teams Up With Tems For Black Panther: Wakanda Soundtrack “Lift Me Up” 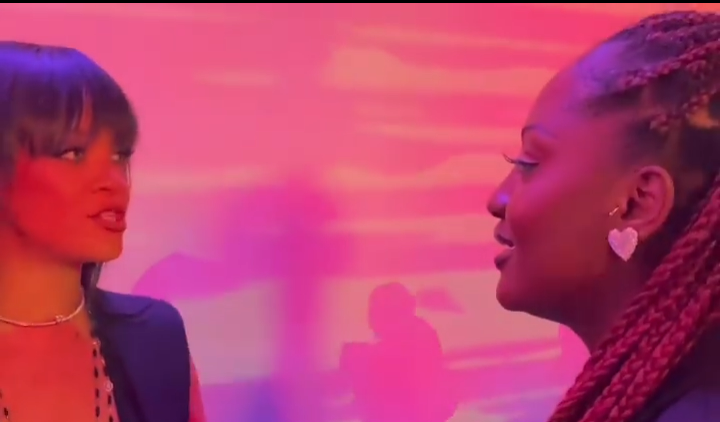 It’s official: Rihanna is making her long-awaited return to music with “Lift Me Up,” the lead single on Marvel’s blockbuster sequel “Black Panther: Wakanda Forever.”

The song, a tribute to the life and legacy of Chadwick Boseman, was written by Tems, Ludwig Göransson, Rihanna and director Ryan Coogler.

It will be released on Friday, Oct. 28 in advance of the movie, which premieres in theatres on Nov. 11.

Rihanna briefly teased the song’s melodic hum on social media, but little else is known about the style and sound of “Lift Me Up.”

“After speaking with Ryan and hearing his direction for the film and the song, I wanted to write something that portrays a warm embrace from all the people that I’ve lost in my life. I tried to imagine what it would feel like if I could sing to them now and express how much I miss them,” said Tems. “Rihanna has been an inspiration to me so hearing her convey this song is a great honour.”

Boseman, who played King T’Challa in the original “Black Panther,” died of colon cancer in 2020 at the age of 43.

The follow-up film centres on Wakanda’s leaders as they contend with the death of their ruler and fight to protect their nation from intervening world powers. Angela Bassett, Letitia Wright, Lupita Nyong’o and Winston Duke co-star in the film.

The news amplifies Rihanna’s grand return to music, which will continue when she headlines the Super Bowl LVII Halftime Show in February of 2023. It’s been more than half a decade since Rihanna’s last full-length release, “Anti,” dropped in 2016. Since then, the new mother has expanded her repertoire as a successful businesswoman and has become a billionaire thanks to her cosmetics brand Fenty Beauty and lingerie line Savage x Fenty.

WATCH: Nektunez Is Gonna Be The African David Guetta, The Next Black Coffee – Akon