WATCH: Nektunez Is Gonna Be The African David Guetta, The Next Black Coffee – Akon 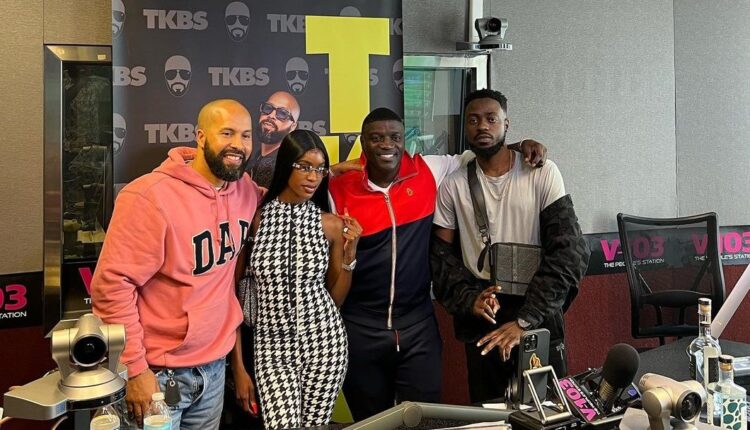 “This is Nektunez mehn, He’s Konvick Kulture. Y’all didn’t know. He’s gonna be the African David Guetta. The next Black Coffee. This one is the truth. I just want you all to know who this and when y’all see him in the future you remember you aw that emblem.”

A few weeks ago, Akon announced the signing of the Ameno Amapiano (Remix) hit maker to his Konvict Kulture brand.

@nektunez is gonna be the African @davidguetta, the next @RealBlackCoffee – @Akon pic.twitter.com/VRKYg7H4NZ

The signing comes at a time when Akon has spoken highly of the enormous talents on the African continent and how they are gradually taking over the world with their sound.

In 2021, Nektunez made a huge entry into the global music space as his production Ameno Amapiano (Remix), a casual mix he did to the globally acclaimed song by French new-age musical project Era, blew up debuting at number 7 on the Afrobeats US Billboard charts.

Currently sitting with over 10 billion views on Tik Tok as of February 2022, Ameno Amapiano (Remix) went straight to Number 1 on the Billboard world digital sales chart for a historical 8 weeks, Number 1 on global Shazam, Number 1 song on iTunes in 22 countries including UK, Germany and USA.

The song also topped the Apple Music charts in 39 countries.

Rihanna Teams Up With Tems For Black Panther: Wakanda Soundtrack “Lift Me Up”