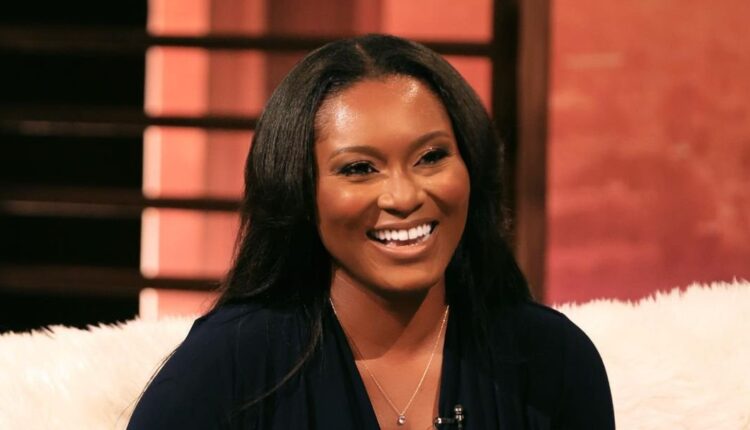 If marrying a celebrity makes one a celebrity, then Tracy SarkCess, Founder of Brave Connect GH and wife of Ghana’s biggest hiplife export Michael Owusu Addo, known as Sarkodie could be described as a celebrity.

However, Tracy doesn’t see herself as such.

According to her, she believes she is only famous by association and not a celebrity as others assume.

Tracy made this assertion when she appeared on The Day Show hosted by Berla Mundi on TV3.

Monitored by Ghana’s Hub For Pop Culture & Urban Entertainment News – www.nydjlive.com, Tracy opened up on a lot including her childhood, relocating to Germany, Education, marriage, family, business and more.

Asked if she ever believed Sarkodie could grow into such a huge artist, Tracy replied in the negative saying;

“I wasn’t sure about the music. In my mind, I thought at some point I would be able to convince him to come along with me to Germany so he finds a job and let’s have our kids.”

She also spoke about how the two met.

“We’ve known each other actually for quite a long time. Before I left for Germany, we lived in the same neighbourhood and I know he liked me but he couldn’t tell me. He told my cousin to rather tell.”