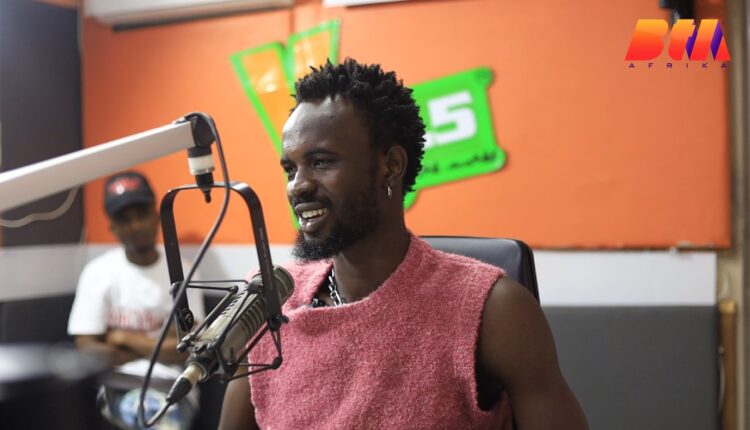 Ghanaian music star Black Sherif has revealed his debut album The Villain I Never Was is an autobiography.

Speaking in an exclusive interview with NY DJ on Y102.5FM, the award-winning musician revealed the album chronicles a series of memorable moments in his life and are not fictional.

“I write from a deeper, raw and real place. I don’t like to filter stories or emotions. I put everything in there. That’s how I want to see art. I feel like I’m on a journey and with the music I do, I’m kinda marking memories and telling my story as I keep going, ” he said.

With so much to tell at age 20, the 2022 BET Hip Hop Awards nominee tells NY DJ the album evokes every passion because it conveys his struggles even at a young age.

On Thursday, October 6, 2022, Black Sherif released a 14-track album, The Villain I Never Was.

The album which had only one feature with Burna Boy has since garnered over 100 million streams across various digital platforms.

Watch the exclusive interview below as he breaks down various songs on the album.