Video: Sarkodie Reveals The Decision That Landed Him A 2019 BET HipHop Awards Nomination 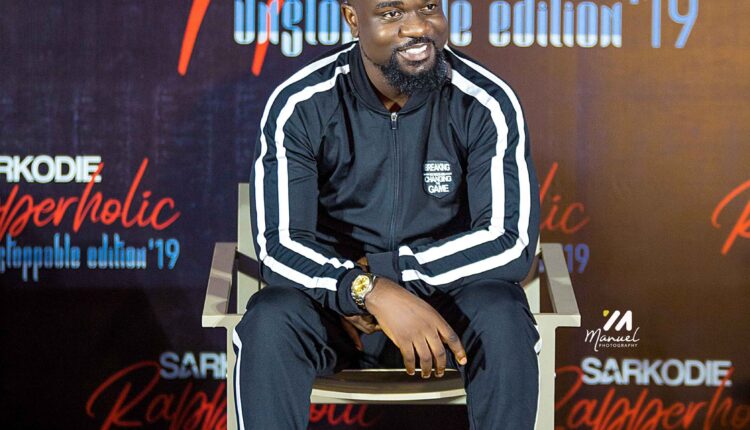 Ghanaian rap artist Michael Owusu Addo well known as Sarkodie has been nominated for Best International Flow at the 2019 BET HipHop Awards. (pretty sure it doesn’t come as news to you anymore especially as we published it days ago)

The musician who was recently adjudged the artist of the decade at the 2019 Vodafone Ghana Music Awards says there’s a secret to his relevance and dominance in the music industry especially   on the international stage.

Although many have called and advised that he uses the Queen’s language in rapping, Sarkodie believes the use of Twi (a widely spoken Ghanaian dialect) is one of the strongest weapons he possesses.

As monitored by Ghana’s Hub For Pop Culture & Urban Entertainment News- www.nydjlive.com, Sarkodie in reacting to the news of his nomination at the launch of Rapperholic Unstoppable 2019,  revealed it was a wise decision to  stick to rapping in Twi.

“If you watch most of my interviews that I have with people especially with the international platforms on why I still rap in Twi, I keep explaining that it’s a cheat for me to try to battle you in your tongue. Even-though I have the technique to beat you, you were brought up in that and that is not right..”

He further stated that one of his strengths was his flow.

“I made up my mind that my   lyrics would appeal to my people  (Ghanaians) but the delivery, my flow would have to appeal to the masses and that’s the world.  The nomination only proves  what I said and it’s true.  The feedback I get mostly from non Ghanaians who listen to my songs are that they do not understand the language but  the flow. That is my strength as an artist.”

Quite historic, Sarkodie is the first Ghanaian artist to be nominated for the Best International Flow at the BET HipHop Awards and he believes the organizers had him in mind creating that category.