I’m In The Best Space For Rapperholic Unstoppable ’19 – Sarkodie 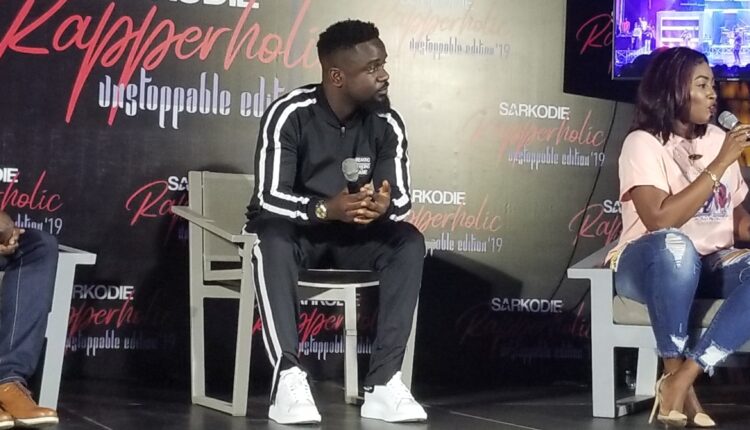 Rapperholic, the annual music concert for Ghanaian rap artist Sarkodie and music lovers has been launched.

The seventh (7th) edition dubbed  Rapperholic Unstoppable ’19 was launched on Friday September 13, 2019 at the Kwaleyz Residence in Accra where a large section of the media were present.

Speaking at the event, multiple award winner and nominee at the 2019 BET Hiphop Awards, Sarkodie revealed he was in the best space for the much anticipated concert.

“I’m excited because normally when I have enough products, I’m in a good mood  and that’s the new project I have which is Black Love which has 3 singles out already and a lot serious bangers coming and that puts me in a good  space. I feel good about myself musically” he said.

Speaking on what to expect, Sarkodie revealed he would love to see fans leave the concert with just a few words “Wow wow wow”

Project executive and CEO of Africa 1 Media, Mrs. Cynthia Quaicoo added this year’s event would be extraordinary considering Sarkodie being celebrated the artist of the decade coupled with being nominated for the BET Hiphop awards and connection with Year of Return.

Put together by A Team and SarkCess Music, the 7th edition of the Rapperholic Concert will come off on December 25, 2019.

Organizers touched on previous challenges including security and  assured patrons of the utmost security as well as a memorable concert.