The King Wears The Crown! Sarkodie Is VGMA Artist of The Decade 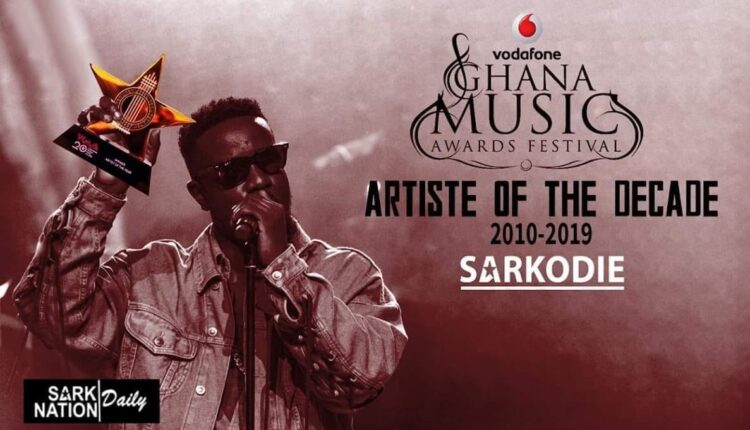 Ghanaian rap artist and CEO of SarkCess Music, Sarkodie has been crowned VGMA Artist of the decade.

Charterhouse defines artist of the decade as an artist who “over the last decade, they (the artists) have had the biggest impact, earned multiple nominations across the years in the VGMAs, have been relevant on the Ghanaian music scene and beyond; been very influential in music and showbiz and their craftsmanship in the industry has been phenomenal!”

The first artist of the decade was Kojo Antwi who was awarded after the first ten years of the Vodafone Ghana Music Awards.

Watch from below a new song he performed.