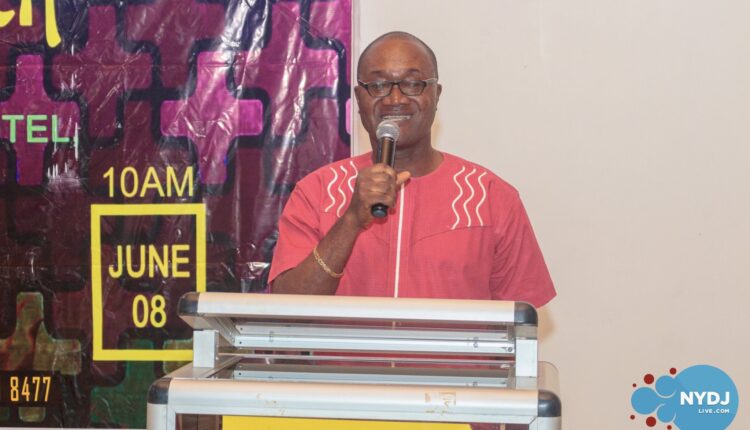 Celebrities all over the world have monikers under which they ply their trade and Ghanaians are no exception.

Often, such names have an origin ; either out of a character trace or a coinage from an original name.

Today, we find out how veteran Ghanaian actor Abeiku Nyame Quansah   came about with the name Jagger Pee.

As monitored by Ghana’s Hub For Pop Culture & Urban Entertainment News – www.nydjlive.com, Jagger Pee who has acted in several movies and television series in an interview with Kweku Bempong Burundy on Oman FM revealed he got the name after playing a certain character in a TV series in 1985.

“Jagger Pee is a name one writer, Sackey Sowah, gave me. He wrote a TV series about Secondary School students where I played a character with the name Jagger Pee. Since then, the name got stuck. I don’t know how he came about that name though.”

Having secured no role in any of the productions from his school,   Apam Secondary School, Jagger Pee  joined the   “Kwesum Agroma” right after school. He however quit just a year after.

Explaining why, the actor stated they traveled very often to villages and often came back since hence quitting although he was well paid.

He then moved on to join the Get Involved Theatre Group.

I Was NOT Granted A Presidential Pardon, Neither Am I An Ex-Convict – Jagger Pee