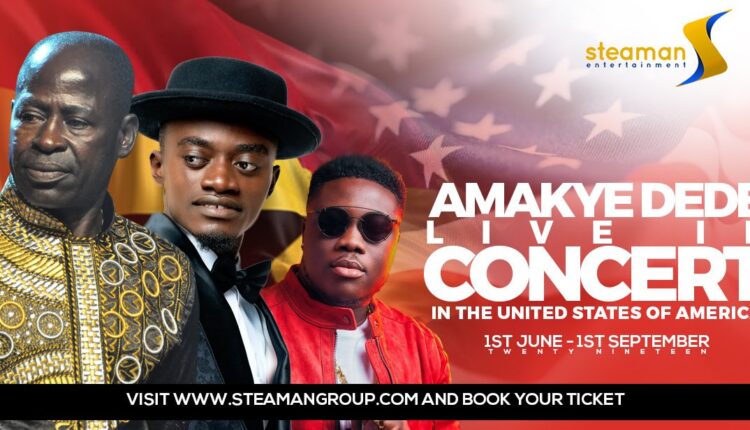 Legendary Ghanaian high life musician Amakye Dede, Kwadwo Nkansah Lilwin and Kurl Songx are set to embark on a 6 state tour  of the United States of America put together by Steaman Entertainment.

Having stayed relevant for a number of  decades and performed across continents, Daniel Abrante Amakye Dede still brings to the fore a large amount of experience and  showmanship at events.

Amakye Dede is joined  by   2015 winner of popular music show MTN Hitmaker Kurl Songx.  Ever since winning the competition, Kurl Songx has on to show the world his  prowess as a songwriter and a great performer. With his performances over the years likened to that of Samini and Amakye Dede, it comes as no surprise to find him tour alongside a great legend.

The 6 State Tour put together by Steaman Entertainment Group will also see Ghanaian actor and musician Kwadwo Nkansah Lilwin thrill patrons to what he does best; music and comedy.

Columbus, Ohio is not left out as Amakye Dede, Kurl Songx and Lilwin are poised to deliver a  memorable show for patrons in the State on  August 10, 2019.

Tickets have immediately gone on sale and could be purchased via www.steamangroup.com . Check flyers below for event details. 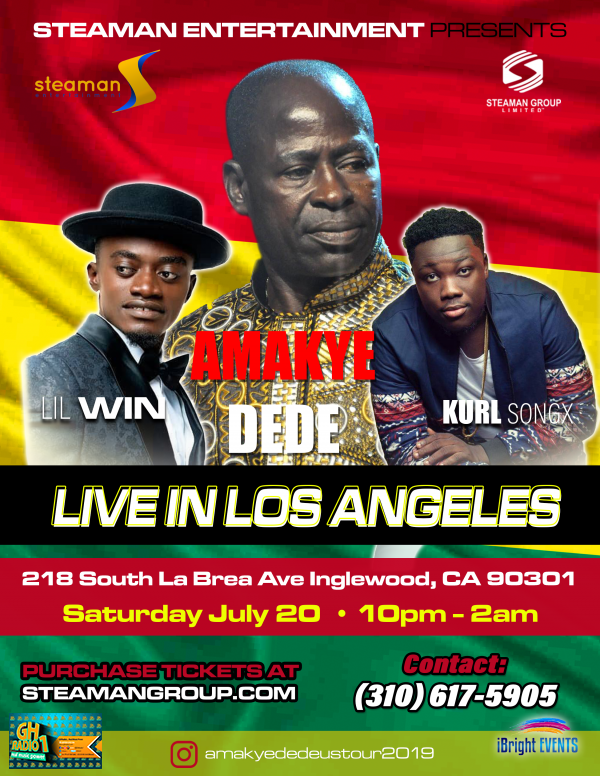 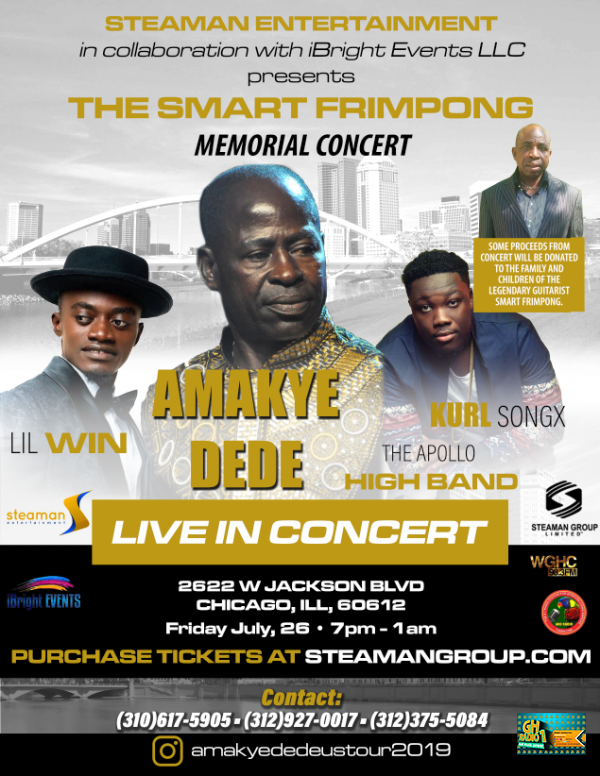 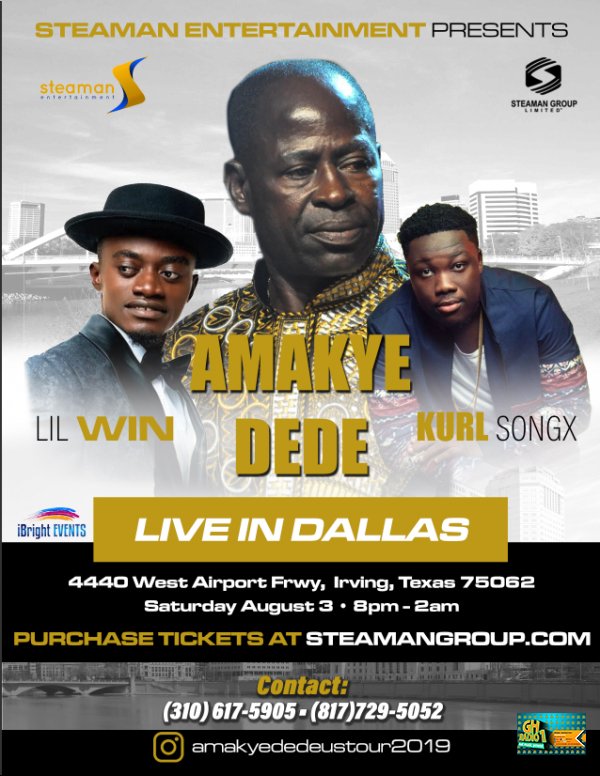 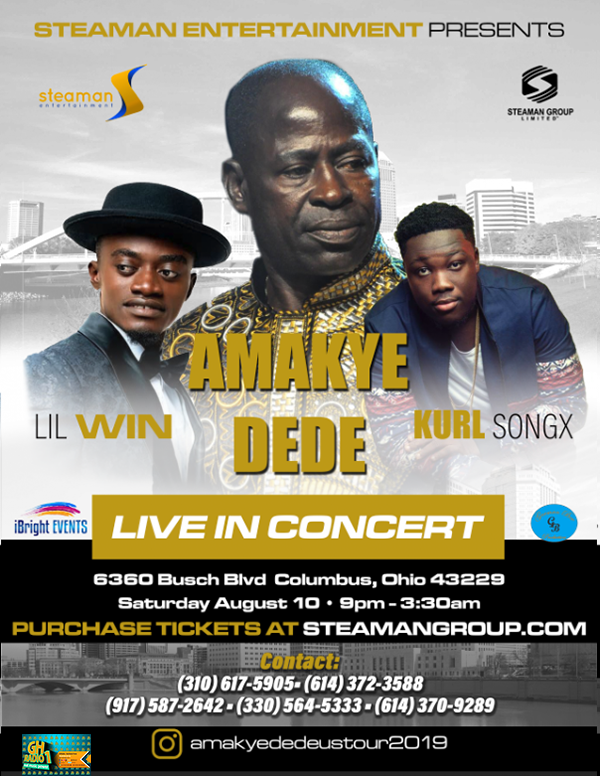 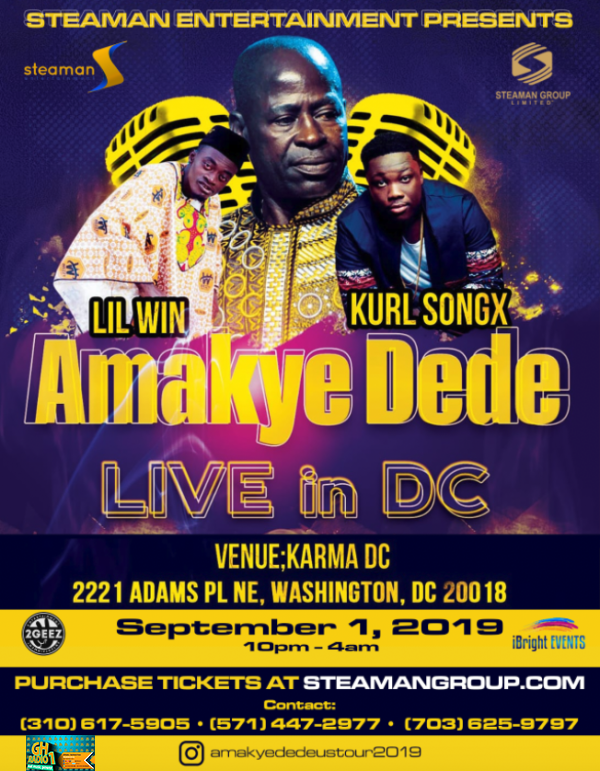