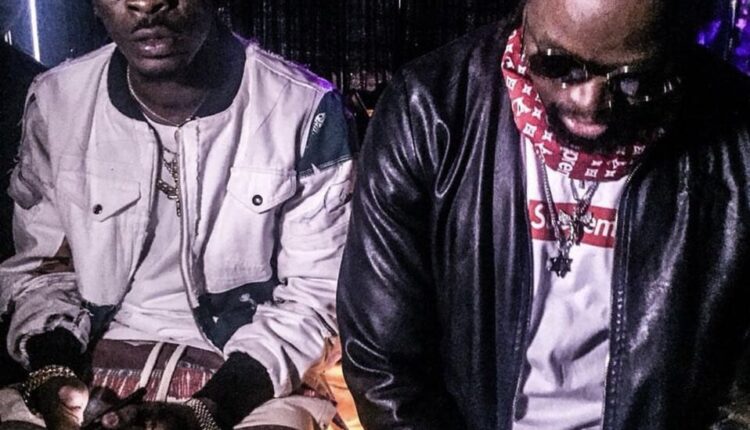 It seems  Ghanaian dancehall artist Shatta Wale who had gone silent for a while after his ‘beef’ with Stonebwoy was curtailed just had  another fish in his net.

Unknown what could have triggered the  call, Buffalo Souljah responded to a number of tweets that described him as nothing but just a Zimbabwean dancehall artist.

Shatta Wale who saw the calls warned the artist to  stay off his turf.

Ghana somebody should warn @buffalosouljah1 oooo cuz when I start i cant stop 🛑 ,this nigga just wan beef me and I fucken love beef …

If he is a man he should throw the shot first ..am waiting 😡😡😡 @buffalosouljah1

Buffalo Souljah would however not budge as he says, his  claim as King of African Dancehall is unchallenged as Shatta Wale attests to that and could only  resort to King of Dancehall music in Ghana.

Nough Ghana youths dem tag me bout dis let me mak things Clear Thers Only One #Kingofdancehall In Africa ’Buffalo Souljah even @shattawalenima know That him a King Of Ghanaian Dancehall we not talking about Zim Or Ghana But Africa check the Demographics #kingofafricandancehall pic.twitter.com/hOSe27wc6h

He also asserted that  Shatta Wale’s followers are delusional   in  crowning Shatta Wale as dancehall King in Africa simply because of his followers on social media.

Shatta Followers are delusional first of all Ghana is not Africa so stop measuring Ghana followers as Africa if you like get all 30Million Ghana population followers it’s still not Africa 😂 if you are a real Dancehall fan you will know this Dancehall fans na do Social media pic.twitter.com/LPTt4eblyP

Shatta Wale laughed off the call and   accepted a ‘Sting’ with the Zimbabwean artist.

Are we to experience  a sting in Africa?