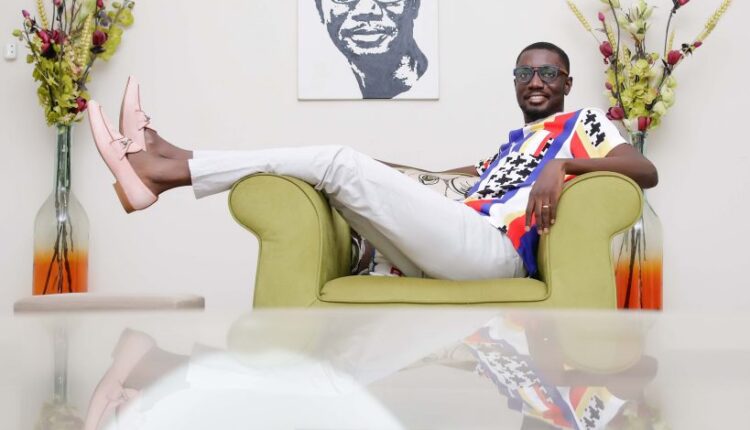 Weeks ago, a photo of Ghanaian blogger Ameyaw Debrah in a Donald J Pliner loafer  at the wedding of colleague blogger Eugene Osarfo Nkansah and actress Victoria Lebene went viral  with many making fun of his shoes.

Now, just when social media thought they were making fun of him, he saw an opening. He is a proud owner of a set of shoes from the manufacturer. So, a few weeks ago I attended the wedding of entertainment journalist Eugene Osafo Nkansah and actress Victoria Lebene.

Photos from the wedding ceremony trended all over social media, and unfortunately so did my attendance. A photo of me seated with Yvonne Nelson and fashion designer Abrantie The Gentleman became a talking point for many. They felt my pair of loafers was old and not nice to attend a wedding in.

I became the centre of attention in many posts online, mocking my ‘shoe game’. However in reality, there was nothing wrong with my shoe but rather the quality of the photo posted. Yes, I decided to dress up in the brownish pair of loafers to the beach wedding, which I thought was more than appropriate. Well, being a good sport I decided to post the same photo on my Instagram and Twitter pages, where I tagged the designer of shoes, Donald J Pliner.
Before I knew it, the Instagram account for Donald J Pliner had followed me and commented on my post; saying they wanted to get me a new pair of shoes. I followed the page and soon noticed that they had already sent me an inbox message offering me a free pair of shoes.
I replied them in the affirmative. They  then asked me to pick the shoe of my choice from the official website. I picked a black ‘Darrin’, a Classic Crocco Print Loafer. They asked for my address for shipping and decided to add an extra pair of shoes, a ‘Palti’ Sport Suede Loafer, for me; my first pink shoes ever!
Well, the shoes have arrived in Ghana, and I even did a photo shoot with them. Just to rub it in for the negative people who were happy to mock my shoes.
Follow @nydjlive
Ameyaw DebrahDonald J Pliner
Share FacebookTwitterGoogle+ReddItWhatsAppPinterestEmail