Our Relationship With Stonebwoy Is Very Strong, He Understands The Business – Highly Spiritual Music 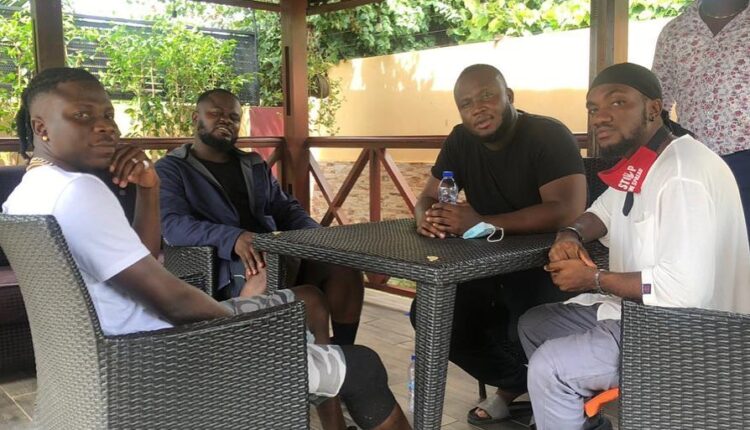 Contrary to speculations that Ghanaian dancehall artiste Stonebwoy is not excited about his name being dragged into a song theft issue that’s hit Mr Drew and his Highly Spiritual Music camp, the label says they maintain a very good relationship with Stonebwoy.

Speaking in an exclusive interview with NY DJ on #RYSENSHYNE in Kumasi, Naasei, manager for David Kojo Kyei popularly known as Kaywa (CEO of Highly Spiritual Music) revealed Stonebwoy understood the game and was cool with all the buzz being generated.

The relationship with Stonebwoy is very strong now. He understands the business so the fans should expect something big from the camp of Mr Drew or Stonebwoy or Highly Spiritual and Stonebwoy, he said.

According to the Nominate hitmaker, ‘I only showed love.’

News of a song theft hit the camp of Highly Spiritual Music over the weekend when Mr  Drew’s a cover of Rotimi’s Love Riddim, which featured Stonebwoy was taken off YouTube due to copyright infringement.

The label has however apportioned the blame to its distribution partner for not securing the mechanical license before monetising the content online.

Until its disappearance from Facebook, Mr Drew’s Eat had garnered over 170,000 views and was trending at number 7 on YouTube.