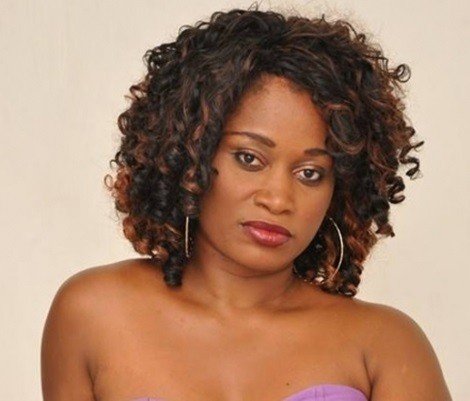 While many women believe marriage defines their sense of self and would jump at the least opportunity to get hooked, there are others who are not in a hurry to tie the knot.

One such person is the bubbly television presenter and actress, Anita Owusu.

Although the Morning Ride presenter yearns to settle down with her Mr Right someday, she is rather treading carefully since the idea of marriage scares her.

In fact, Anita, who describes herself as ‘old skuul’, believes the high rate of divorce cases in recent times is probably what has generated this fear in her.

“Marriage scares me a lot. Not that I don’t appreciate this divine institution but I think of the commitment that comes with it and I wonder if I am prepared to embark on the journey from start to finish,” she confessed to Showbiz in an interview on Tuesday.

Adding, “Today, many ladies get married without preparing adequately for it. Sometimes, they do so because their friends are settling down; family members put undue pressure on them or just because they meet a rich guy, and they think that is enough grounds to get married.”

“No, I don’t think that should be the case. You should be prepared on all fronts for the task ahead and not just the fun of it. It is about you and your man and what the two of you are looking for in the union.

Whether you are compatible among others. All these are important things to consider and sincerely, if you should ask me if I’m ready for marriage; I will say no,” she stated.

Giving her own tutorials about marriage, Anita said most men see marriage as the ‘end of the campaign’ to woo ladies they admire but after the deal is sealed, it is ‘serious business’ for them and that is where the ladies get it wrong, they still live in the fantasy world.

Indicating, “sincerely, I think that if I had married my boyfriend immediately we met, the union would have crashed by now. I have noticed over the time that we are two different people, and our differences are huge, so what do we do?”

“We study ourselves and get to know and accept each others shortcomings as well as strengths,” she added.

Interestingly, the single mother of one who is in a three-year-old relationship said that she doesn’t look forward to dying a spinster and so would definitely get married when the ‘time is ripe’, remarking, “no matter how successful or comfortable you are, you still need companionship”.

According to Anita, due to our cultural setting, young single mothers are stereotyped in society but believes they should rather be encouraged and not judged by their actions.

Touching on her personal experience as a single mother, Anita said that being in a situation like that has toughened her and made her wiser in life. “The only regret I have in life is not giving birth early. I probably would have had more children than I have now.”

Love is said to be a beautiful thing, and Anita said one of her most memorable days was when her Ivorian boyfriend ‘conned’ her.

“I can’t forget that day because he did a remarkable thing that was very uncharacteristic of many African men. He went for a flower and put it in my hair; it was so magical, and I just loved the whole act and I’ve not gotten over the feeling yet,” she said giggling.

Away from her love life, Anita who has been hosting the Morning Ride show for over a decade said that she is not perturbed by the many talk shows springing up on TV and doesn’t see them as competition. She has no intention of quitting soon since she loves what she is doing.

A product of Odorgonno Secondary School and Ghana Institute of Journalism, her ambition is to study child psychology, the reason for which she said she founded her Special Needs foundation to cater for the welfare of physically challenged persons in orphanages.

Likes and dislikes? “I love afternoon tea, history, antique and every woman’s wish, a perfect gentleman. I dislike loud things.”