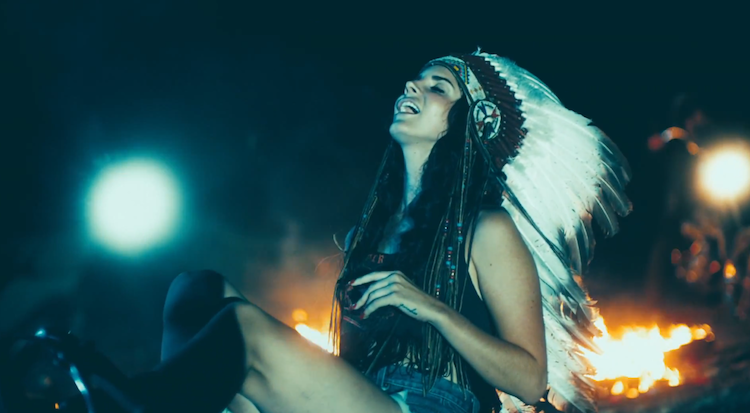 Lana Del Rey has squashed earlier reports suggesting that Kanye West and Kim Kardashian paid her $2.8 million for performing at their rehearsal dinner. The singer said that she didn’t even receive a penny from the famous couple following the gig at the exclusive event.

Del Rey made the revelation during an encounter with a TMZ cameraman at LAX earlier this week. When asked how much the cameraman had to pay to have her sing at his wedding, the 27-year-old entertainer said, “I’d do it for free just like I did this one.”

“I would never let a friend pay me to sing at a wedding,” she added.

Del Rey performed three songs at the event, which took place at the Palace of Versailles in France one day before West and Kardashian exchanged vows in Florence, Italy. Her set included “Young and Beautiful”, one of the “Keeping Up with the Kardashians” star’s favorite songs.

WATCH: Criss Waddle Makes Up For The Long Hiatus With A Stonebwoy Joint…