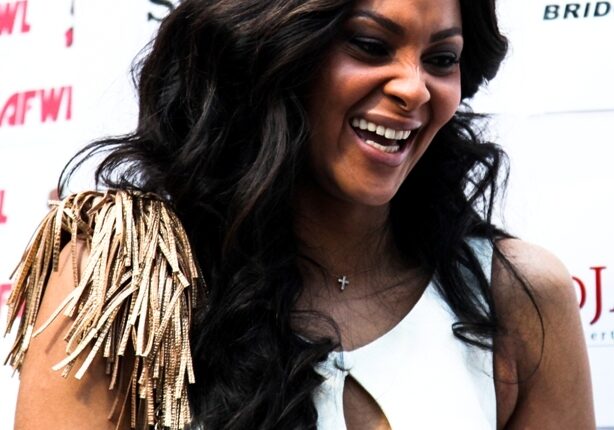 2004 Miss Universe (Ghana) winner, businesswoman, entrepreneur and philanthropist Menaye Muntari Donkor has for the first time disclosed her relationship and subsequent marriage to Ghanaian footballer Sulley Muntari was orchestrated by her cousin Ama K. Abebrese, an actress and TV presenter.

The beautiful model who made this known on Bola Ray’s Drive Time-Personality Profile disclosed her cousin hatched and sold the idea to her but she (Menaye) refused it on several occasions as she never knew Sulley.

She further stated she was not interested and had never thought of dating a footballer since she even had no interest in the sport even she later realised Sulley was a footballer.

“No  No I am not interested. A soccer player for what? No no way! It took eight months” – Menaye Donkor stated

She however continued that persistent calls got her attention after 8 months. (Guys, never relent on going for what you want, lol. Sulley didn’t have it easy.)

Speaking on how it started, Menyae disclosed their first date saw Sulley utter no word as he kept talking to Ama K. Abebrese instead.

“He didn’t say a word when he first met me. I didn’t know who he was. He was talking to my cousin-Ama”

The two got married in 2010 and are now happily living in Milan where Sulley Muntari plies his trade as a footballer.