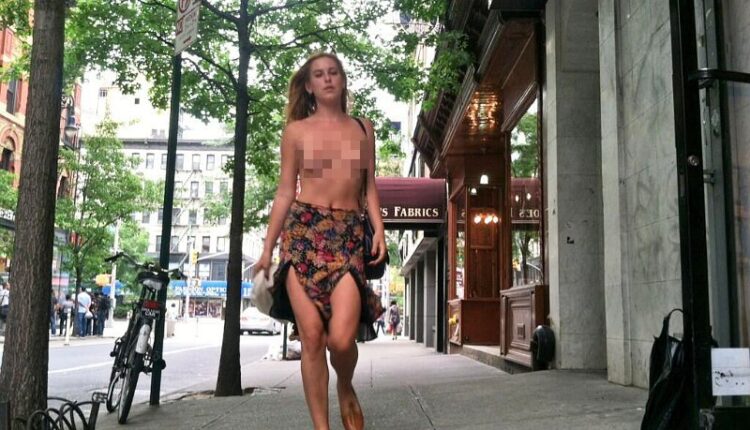 She posted a couple of photos of her strolling around topless in New York City on Tuesday, May 27.

Willis was intrigued by the fact that Instagram deleted pictures of women breastfeeding and breast cancer survivors. She set a mission to free the nipples and see whether the photo-sharing site would take her photos down. “Legal in NYC but not on @instagram,” she captioned a photo of her shopping for flowers wearing only a skirt and a pair of shoes. She posted another daring photo of her walking the street with the caption, “What @instagram won’t let you see #FreeTheNipple.”

Willis added later, “My comfort with my body should not be dictated by how others perceive me. However, I don’t wish to force this view on anyone. If you don’t like what you see, simply unfollow me.” She had received positive responses from her followers, some of which complained that they experienced the same thing.

Instagram has responded to Willis’ movement, saying they love that people express themselves artistically and capture important moments in their lives via their site. However, they insist that all forms of nudity are prohibited on Instagram because they made the rules based on “patterns of behavior” of the audience.