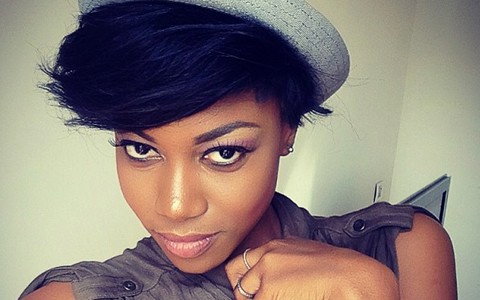 Ghanaian actress Yvonne Nelson has finally opened up on her relationship with Nigerian musician Iyanya, stating the Kukere singer only intended to use her.

Although news of their relationship surfaced last year, Yvonne who had managed to deny the said relationship took to social networking site Twitter after a painful breakup accusing the singer of cheating on her and leaving her for Nollywood actress Tonto Dikeh.

Iyanya commenting about the relationship on the Tim Westwood show in the UK disclosed that he only wanted the actress for pleasure and not for true love as she would have thought.

He is quoted to have said,

Yvonne Nelson speaking in an interview with Toolz on The Juice on Ndani TV said,

Iyanya was very special and we had a thing but I guessed it was all a joke he had it all planned out. He knew what he was looking for and I guess he got it.

According to the bubbly actress, the Ur Waist hit singer “had a lot of girls on his table it just didn’t work. I just heard a lot of things, he did a lot things. I feel it’s very disrespectful talking about him like that but it happened to me he can choose not to talk about it.”

Putting things blunt, Yvonne disclosed that “We were in something [a relationship]…the lies were just too much,” the relationship ended on her birthday last year – November 12.

She said she initially thought their relationship ended because of Nollywood actress Tonto Dikeh but “there were so many other things going on.”

“I was in town for his birthday and guess what, there were other girls there as well, some from South Africa and some from wherever,” the actress and producer revealed.

Yvonne Nelson noted that due to the nature of the entertainment industry, male celebrities have difficulties disclosing their relationships to the general public because “they have other agendas…because they have other girls.”

She therefore urged celebrities to be bold and make their relationships known “if only you love whoever you are dating and you are proud of them.”

Yvonne Nelson, who said she has not heard from Iyanya in a while, disclosed that, “I am not even going to date anyone now after all that I have been through.”

“It’s been seven months [and] I’m like a secondary virgin right now. I haven’t seen anyone, done anything,” she said and added that apart from kissing John Dumelo in a movie.

Touching on her relationship with rapper Ice Prince, she said, “Ice is a very lovely person…he calls me his homie and he is my homie…I love Ice Prince…he is very dear to me.”