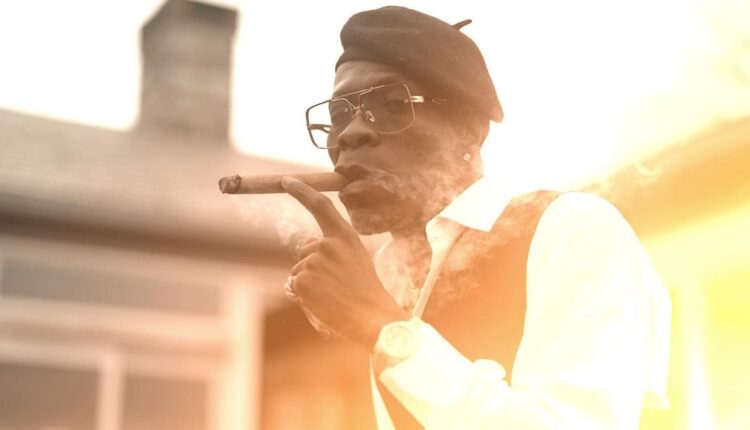 Ghanaian dancehall artiste Charles Nii Armah Mensah also known as Shatta Wale has responded to comments by Dennis Tawiah, CEO of Akwaaba UK, organizers of the annual Ghana Party In The Park explaining why the musician was absent at this year’s event.

Speaking in an interview on Hitz FM monitored by Ghana’s Hub For Pop Culture & Urban Entertainment – www.nydjlive.com, Shatta Wale revealed the organizers could not meet his demands despite his willingness to perform.

Secondly, I told him to try and get visas for my team. You know my team is big but we actually came to a conclusion where I could just take four (4) of them with me” he stated.

According to Shatta Wale, he promised to perform for free should the demands be met. However, that was not the case as the organizers reneged on an initial agreement.

“I felt it was time Ghanaian artists started supporting gatekeepers so I opted to perform for free. I told him I don’t want to charge him any money. I want him to take all the money he makes from the show but he should make sure he gets these two things done right for me.” he said.

However, there was a turn of events as Shatta Wale saw a flyer with different artists billed for the show.

Although the first demand had not been respected, Shatta Wale revealed he asked the organizers to attend to the second demand which was met with a lackadaisical attitude.

Earlier, the CEO of Akwaaba UK, organizers of the annual Ghana Party In The Park, Dennis Tawiah, revealed in an interview that Shatta Wale made monetary demands hours before the festival which happened over the weekend in the UK.

Video: My Dad Went Crazy When He Heard Me Sample Him On ‘My Diary’ EP – Gyakie