Google ‘to buy WhatsApp for $1bn’ 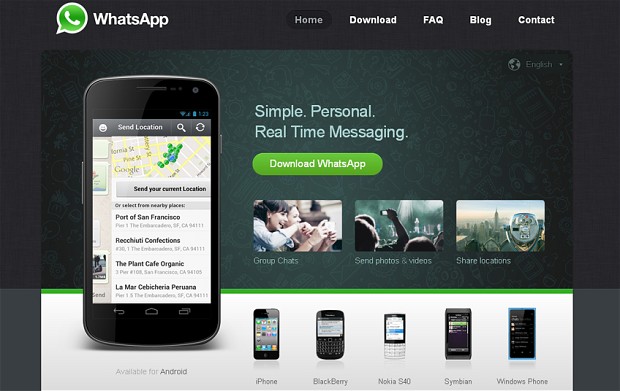 Previous rumours claimed that Facebook was also negotiating to buy the popular cross-platform mobile messaging app, emphasizing that several major businesses are keen to improve how that handle instant messages. None, however, has spoken publicly about any potential deal.

WhatsApp has according to some studies, played a direct part in declining SMS growth, and is reported to earn $100m a year. It processes up to 18billion messages per day and is currently available in 100 countries on 750 mobile networks. It is routinely among the top apps in each of those countries.

According to DigitalTrends.com, negotiations have been continuing for more than a month, with WhatsApp reportedly “playing hardball” to secure a better price.

Facebook’s $1billion purchase of photosharing service Instagram last year has bolstered the confidence of companies aiming to sell to larger Silicon Valley firms, and with BlackBerry enhancing its own popular BBM messenger, the focus has now fallen on applications that make communication easier.

Google has also reportedly been working on a new, unified messaging service to be called Babel, but Product Manager Nikhyl Singhal told GigaOM last year that the company has “done an incredibly poor job of servicing our users here”. DigitalTrends claimed that “messaging is a huge, gaping hole in Google’s mobile strategy”.

Facebook to charge up to £10 to send messages to celebrities