Facebook to charge up to £10 to send messages to celebrities 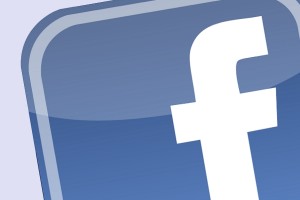 Facebook has started charging its users up to £10 to send messages to celebrities and anyone not in their current friendship circle.

The payment scheme is an attempt to stop users being bombarded with messages from strangers and to prevent celebrities from being inundated with fan mail.

Users will still be able to send Facebook messages to their friends and to those users connected by mutual friends for free, but if they wish to contact non-friends they will incur a fee.

Starting at 71p, users can send a direct message to another person’s inbox with an alert, or can chose to send a free message to that user’s less visible inbox folder, which the majority of users don’t know exists.

Anyone under 18 will not be able to use the payment system and cannot receive uninvited messages, whereas any older users will be able to pay immediately using a credit or debit card.

However, to contact celebrities Facebook is introducing a sliding scale of fees based on the perceived popularity of each individual.

Currently, a message to Olympic diver Tom Daley will cost £10.68, while Snoop Dogg and Salman Rushdie can be contacted for £10.08 per message. Slightly controversially, other celebrities like comedians Bill Bailey and Miranda Hart or Health Secretary Jeremy Hunt can be messaged for the standard “non-friend” rate of 71p.

The social media giant will also keep all proceeds from the fees, but there is a cap on the number of paid messages any user can receive, especially the so-called premium users.

The system of paying to message non-friends in their Facebook inbox is designed to prevent spam, while acknowledging that sometimes you might want to hear from people outside your immediate social circle,” said a Facebook spokesperson. We are testing a number of price points in the UK and other countries to establish the optimal fee that signals importance.

Part of that test involves charging higher amounts for public figures, based on that the number of followers they have. This is still a test and these prices are not set in stone.

The paid for messaging service started to be rolled out to UK users at the end of last month following a successful trial in the US, with all British users to be reached by April 5.

Google ‘to buy WhatsApp for $1bn’