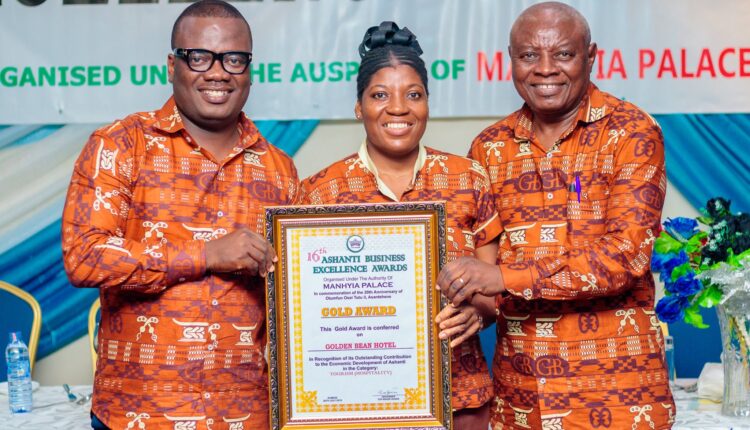 The awards ceremony which took place on Friday July 26, 2019 saw several professionals in the hospitality and other industries awarded for their excellent services offered both within and outside the region.

Organized under the auspices of Manhyia Palace, the  16th Ashanti Business Excellence Awards was in commemoration of the 20th anniversary of Otumfuo the Asantehene. 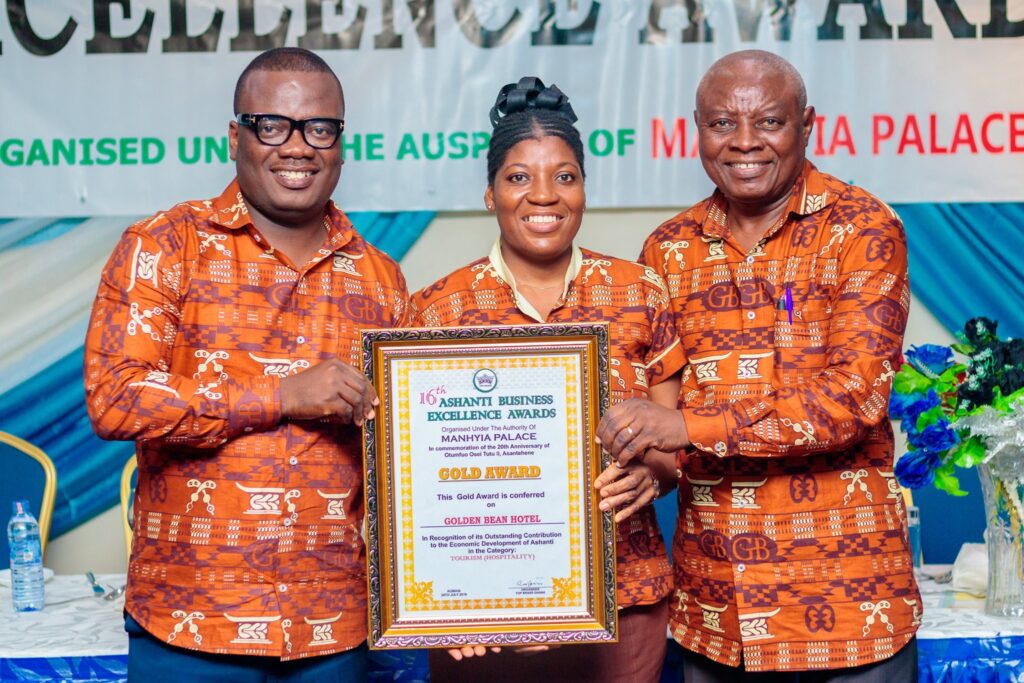 In attendance were high profiled personalities from various offices across the country.

Speaking after the awards ceremony, Mr. Francis Alley Deyegbe, General Manager  of Golden Bean Hotel expressed appreciation to all their clients and staff.

Earlier this year, Golden  Bean Hotel was  awarded the 3 Star Hotel of the Year at the Ashanti Regional Awards.

Named after the cocoa bean that has fuelled Ghana’s economy for close to a century, the hotel features original sculptures and artwork that pays homage. Inside the hotel, the understated colours of chocolate-brown and gold are seen throughout.

Offering 51 rooms in four different categories, the Golden Bean is small enough to give personal attention to every guest, and yet large enough to cater for up to 1000 people either as a banquet, conference or any other event.

The hotel features a restaurant, a bar with a patisserie and two  additional bars outside by the swimming pool and the immaculate gardens.

There is a fully equipped gym on site.

Each room is en-suite with wifi, LED TVs, personal safe, large wardrobe and comfortable beds. There are four different room categories so there is bound to be the right room for you, whether it is a honeymoon suite, family room with interconnecting doors, universal access compliant or one with an outdoor balcony.

Andy Dosty Is Such A Big Old Fool – Okese Hits Back