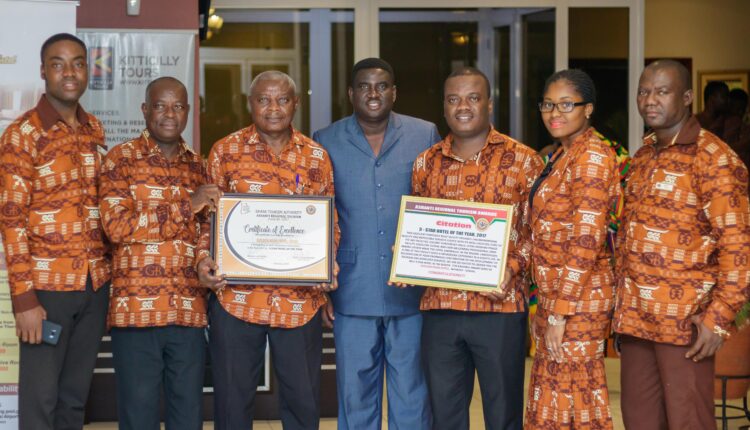 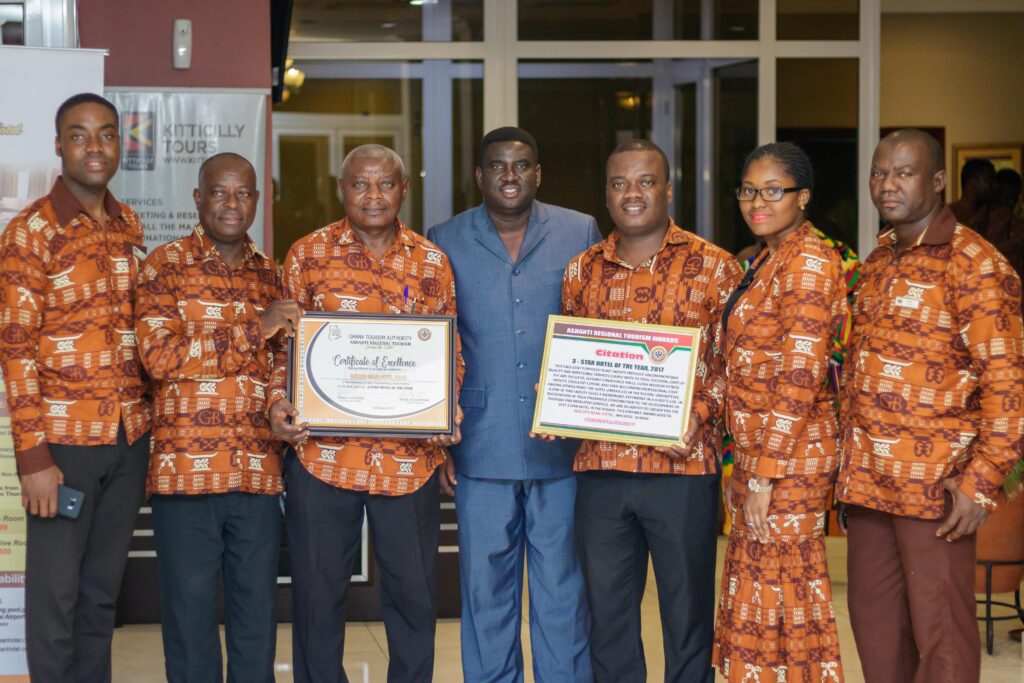 The hotel facility picked up the ultimate award at the 2017 Regional Tourism Awards ceremony held on Friday February 23 2018 on its premises under the theme, “Promoting responsible tourism”.

“This makes us feel very proud but means we shouldn’t end there. We have to strive to do better. Being at the top means we need to maintain our standards and quality. Just as our tagline states, Hospitality beyond expectations, we would explore our clients to expect more value for their money”.

This adds up to the number of awards received by the hotel since its establishment in 2014. Named after the cocoa bean that has fuelled Ghana’s economy for close a century, the hotel features original sculptures and artwork that pays homage. Inside the hotel, the understated colours of chocolate-brown and gold are seen throughout.

Offering 51 rooms in four different configurations, the Golden Bean is small enough to give personal attention to every guest, and yet large enough to cater for up to 1000 people either as a banquet, conference or any other event.

The hotel features a restaurant, a patisserie and inside bar with two additional bars outside by the swimming pool and the immaculate gardens.  There is a fully equipped gym on site.

Each room is en suite with wifi, LED TV’s, personal safe, large wardrobe and comfortable beds. There are four different room types so there is bound to be the right room for you, whether it is a honeymoon suite, family room with interconnecting doors, universal access compliant or one with an outdoor balcony.

CRITERIA FOR SELECTION OF WINNERS

He again said winners had also fulfilled their statutory obligations such as payment of 1% tourism levy, VAT, SNIT contribution by the establishments.

Mr. Peter Acheampong appealed to curators of museums and managers of tourist sites to provide discounts for members of various tourist clubs, students, to enable them patronise attraction sites regularly.

In all, 31 awards were presented to various tourism practitioners in the region at the colourful ceremony.