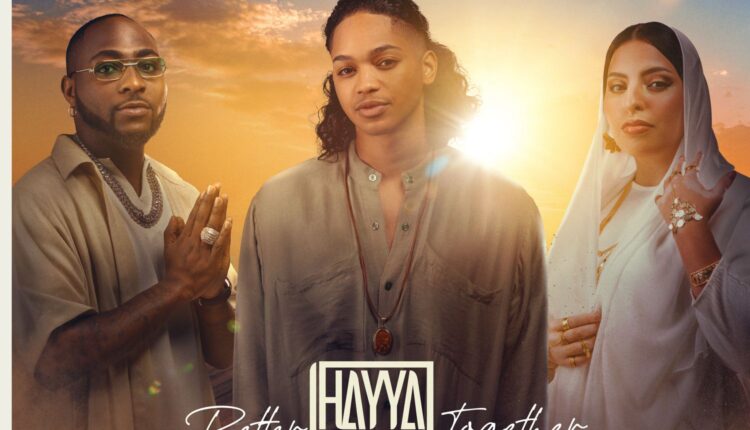 Although Nigeria failed to qualify for the World Cup which will take place in Qatar at the end of the year, Nigerian popstar, Davido can expect to make the journey to Qatar in VIP fashion with a feature on Hayya Hayya off the World Cup Official Soundtrack!

Davido, who’s spent some time in the aftermath of his O2 headline show in Qatar, has been tapped for the debut single from the forthcoming World Cup Official Soundtrack.

Released today, the song forms part of the activities behind one of the first pieces of activation for the World Cup – the official draw ceremony where teams will be grouped.

Produced by RedOne, Hayya Hayya features vocal performances from Trinidad Cardona, Davido, and Aisha and builds on the obvious Arabic foundation with more poppy elements in what is standard fare for the World Cup’s theme songs.

The song will be performed live for the first time today at the draw ceremony which will be live-streamed globally (previous World Cup Draws have been viewed in an average of 160M+ homes).

Watch the official video for Hayya Hayya below.

If I’ll Ever Go Back To The Studio, It Will Be Because Of Black Sherif – Hammer