If I’ll Ever Go Back To The Studio, It Will Be Because Of Black Sherif – Hammer 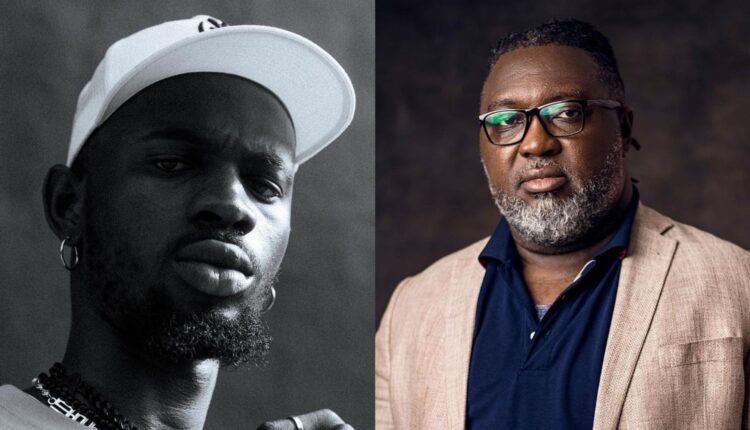 Revered Ghanaian record producer and founder of The Last 2 Music Group, Edward Nana Poku Osei popularly known as Hammer may soon get back into the studio.

For many who have long yearned to hear a new production from Hammer, your wishes may soon come through as the producer is considering hitting the studio with none other than Ghana’s new wunderkind, Black Sherif.

Speaking in an interview with Giovanni Caleb on Showbiz 360 monitored by Ghana’s Hub For Pop Culture & Urban Entertainment News – www.nydjlive.com, the producer revealed he’s inspired to go back to the recording studio but only with Black Sherif.

He also spoke highly of Black Sherif describing him as a “master of melodies.”

“He is a master of melodies. It’s very rare for artists to be playing with notes. The notes he hits when singing are very emotional notes and if he decides to learn the guitar he will be a master at it. I will implore him to learn how to play the guitar at once because he has what it takes…” he added.

Asked why he’s stayed off music production, Hammer revealed he was ‘bored’ and wanted to explore new opportunities.

“I got bored. I had done so much and I wanted something new. I wanted a new challenge. I wanted a new milestone to conquer, and so the bread was just a new venture I wanted to try” he said.

Just IN: Will Smith Resigns From The Academy