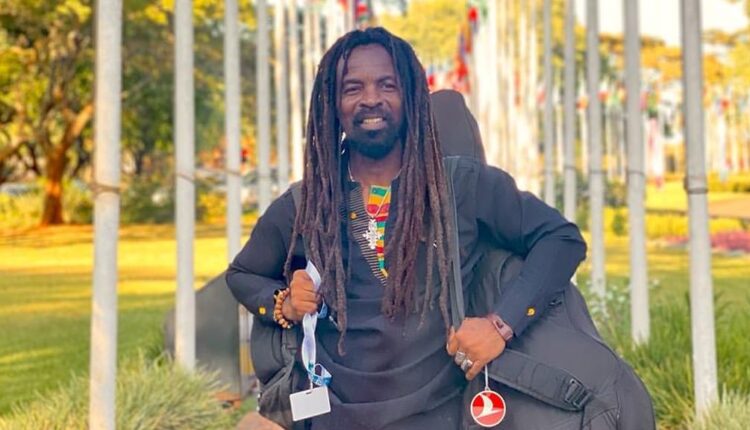 Two-time GRAMMY nominee, Rocky Dawuni will be attending the 64th GRAMMY Ceremony in Las Vegas and should he win, it would be the first for his country of Ghana!

The GRAMMY Awards, hosted by Trevor Noah, are this Sunday, April 3 at the MGM Grand Garden Arena in Las Vegas, NV. The Premiere Ceremony (featuring Rocky’s category) will be streamed on live.GRAMMY.com at 12:30 p.m. PT | 3:30 p.m. ET.

The main telecast will air at 8 p.m. ET | 5 p.m. PT on CBS Television Network and stream live and on-demand on Paramount+.

Immediately after the GRAMMYs, Rocky will be in Los Angeles to perform at a fundraising event for OmniPeace, the Rock Rwanda Benefit, hosted by Billy Harris and honouring Kevin & Christine Costner.

OmniPeace Foundation builds schools to empower youth in Africa. Their 2022 Legacy Project will train a brand-new group of Rwandan music teachers with the goal of placing a music teacher in every primary school in the country.

As an advocate for environmental and humanitarian issues and a beloved voice for his country, Rocky was named a UN Goodwill Ambassador for the Environment for Africa. In this role, Rocky recently participated in the UN Environment Assembly (UNEA) in Nairobi, Kenya where he addressed and performed for delegates during the landmark signing of the plastic pollution resolution.

Rocky has also been busy promoting his current release featuring his signature “Afro Roots” sound featured on the album “Voice of Bunbon, Vol. 1“ which is nominated for the “Best Global Music Album“