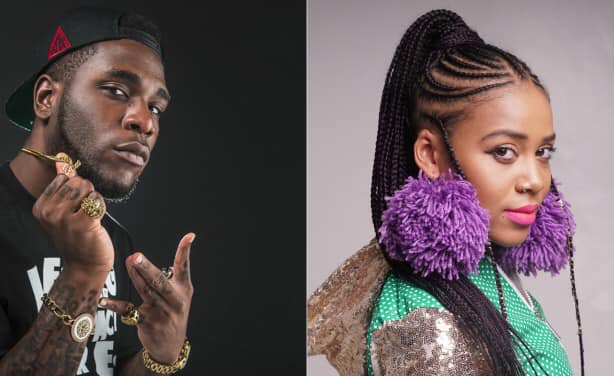 Earlier today (Thursday, June 25, 2020), Sho Madjozi accused  Burna Boy of calling for the takedown of her remix to Own It which features Stormzy,  Ed Sheeran and Burna Boy.

In a series of tweets, Sho Madjozi stated Burna Boy felt threatened by her nomination in the Best International Act category of the 2020 BET Awards where the latter finds himself as well.

Burna Boy, however, took time to address the issue.

According to him,  he is not the owner of the song and couldn’t have personally called for its takedown. Again, he stated the remix could have been automatically flagged since Sho Madjozi did not seek proper clearance with his label, Atlantic US.

Reacting to the threat bit, Burna Boy explained the takedown was nothing to do with him or an award. He wished the South African star the best in the upcoming BET Awards and congratulated  Dave, Hus and Stormzy who he described as brothers.

Own It is NOT my song.If my voice is on it however it should have been properly cleared.If the remix wasn't cleared with the label(Atlantic US)it automatically gets flagged. Nothing to do with me personally or any award. Always best to reach out professionally. Congrats on BET’s!

Oh and congrats to my brothas for life Dave, hus and stormz who I’ve made LEGENDARY music with! We’re all nominees in the same category but UNITY will always be the real win for us! 💪🏾

Sho Madjozi would however not take the explanation as she responded saying;

1. The song got automatically flagged a month late by coincidence

2. When they said YOU wanted it down they meant your label

3. A big international label would release a song without clearing it