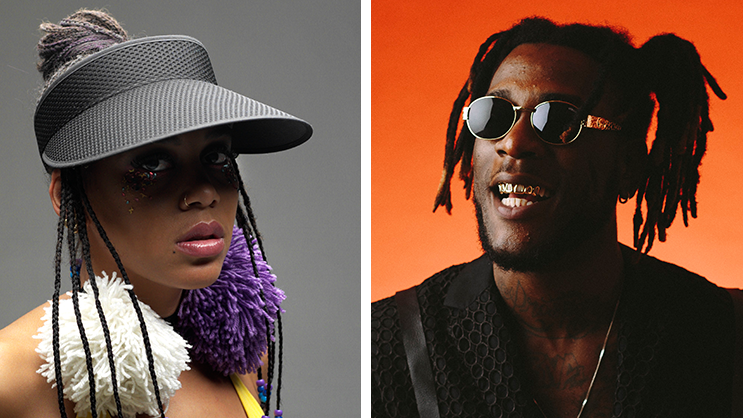 South African star Sho Madjozi has accused Burna Boy of masterminding the takedown of her remix to Own It,  a single that featured  UK rapper Stormzy, Ed Sheeran and Burna Boy.

In a series of tweets chanced on by Ghana’s Hub For Pop Culture & Urban Entertainment News – www.nydjlive.com, Sho Madjozi revealed she believes this was caused by the fact that Burna Boy saw her as a threat after they were both nominated in the same category (Best International Act) at the upcoming 2020 BET Awards.

“Everyone nominated has done big tings and should be confident that their work will speak for itself. Personally I’m happy with the work I have done in the past year. John Cena was an international phenomenon, I did that,” tweeted the hitmaker.

Check out the tweets.

Song was out for a whole month before that, no problem.

Well, i guess it’s a good sign if manna shook. Last year BB and I were cool at the BETs. I guess everyone thought this little girl isn’t a threat, now same category!?!? It’s shaking 😊🤷🏽‍♀️😁

This world is full of bullies. If I leave any message at all from the life I’ve lived, I hope it’s to not be discouraged and to not be intimidated. To stay loving, kind and honest in the face of cruelty.

Goodluck to everyone nominated. It’s up to the judges now 💃🏽 (I hope they heard my own it verse before it was taken down 😂🙈)

I could be wrong. Maybe he has other reasons. But BET announcement was on June 15th and by June 17th I was getting complaints from fans saying they can’t find it.

Either way, spirits up ✨ pic.twitter.com/QU66iICG1D