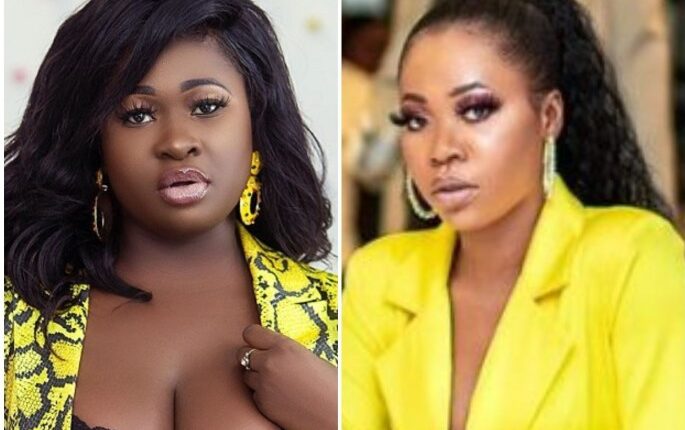 What started as a  war of words on wax almost turned physical when singer Sista Afia and rapper Freda Rhymez clashed into each other at the premises of TV3 in Accra, Ghana.

A video chanced on by Ghana’s Hub For Pop Culture & Urban Entertainment -www.nydjlive.com sees Sista Afia in an aggressive mood approaching Freda Rhymes and asking that she repeats her words in her diss song at her in the face.

Despite attempts to restrain her, Sista Afia would not budge as she threatened to slap the security officer who tried to calm her down.

Information available  to Ghana’s Hub For Pop Culture & Urban Entertainment -www.nydjlive.com   suggests the two were at TV3 this morning (Monday May 18, 2020) to honour an  interview.

Video: I Knew I Was loved But Not This Massive – Nana Yaa Brefo Speaks After Resignation