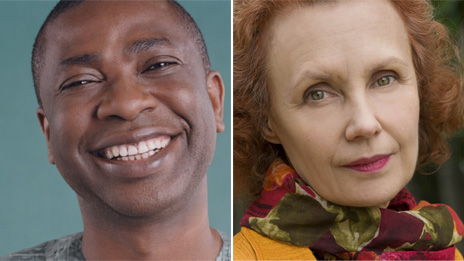 Senegalese singer Youssou Ndour and Finnish composer Kaija Saariaho have been named as the recipients of this year’s Polar Music Prize.

Sweden’s highest musical honour is awarded annually to both a pop performer and classical artist.

The pair will each receive one million kronor (£98,600) from the Royal Swedish Academy of Music.

King Carl XVI Gustaf will present them with their awards at a Stockholm ceremony on 27 August.

The prize is awarded for “exceptional achievements in the creation and advancement of music”.

The academy recognised Ndour as “not just a singer, but a storyteller, poet, singer of praise, entertainer and verbal historian”.

“With his exceptionally exuberant band Super Etoile de Dakar and his musically ground breaking and political solo albums, Youssou Ndour has worked to reduce animosities between his own religion, Islam, and other religions,” it said.

“His voice encompasses an entire continent’s history and future, blood and love, dreams and power.”

He was last year appointed Senegal’s minister of tourism and culture.

He also owns an influential media group, a night club and a music studio.

Saariaho, who has written chamber music, orchestral works and operas, was praised as “a modern maestro who opens up our ears and causes their anvils and stirrups to fall in love”.

The prize was founded in 1989 by Stig Anderson, the manager of Swedish pop group ABBA.

The Hustle of the Ghanaian Celebrity