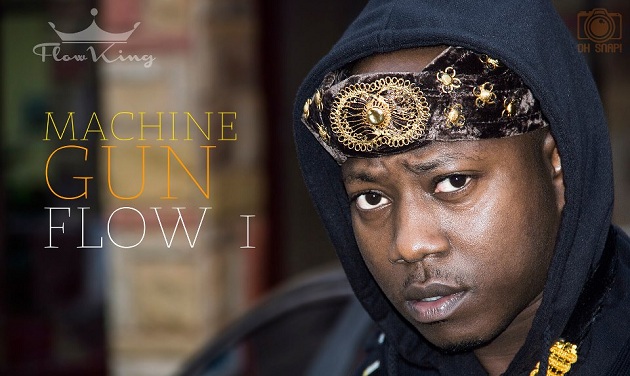 After a wonderful collaboration with the man ‘insane’ Kwaw Kesse on their ‘Wossop’ remix, Kwaku Nsiah Amankwah ( Kunta Kinte) and his elder brother Kwaku Nsiah- Boamah (Stone) are set to release another legendary branded tune on February first.

The track titled ‘Machine Gun 1′ shows the flows of Flow-King Stone and features the Grand Papa of hiplife Reggie Rockstone. The song which was produced by Magnom gives the most talented rapper the free chance to flow as never heard before.  Flow King Stone as he is known for his versatile theme centred raps on this track goes to the extreme to prove to Ghanaians that indeed he is the best rapper in Ghana as the Rap Doctor Okyeame Kwame said.

After the recording, this is what Hiplife Grand papa Reggie Rockstone tweeted after endorsing flowking stone’s unique professional flows,

Stone expressing his feelings about Reggie joining him on ‘Machine Gun flow1′ said  ’21 GunShot Salute to Grand Papa Reggie Rockstone himself for blessing my Song ‘Machine Gun Flow 1′. Now history is about to be made.’

In other news, the video for the Bradez ‘Wose Sen’ is set to be released on Friday, February 1st. The video was directed by one of the best video directors in the country, Pascal Aka.

The group has promised their fans for the best of music in the year 2013 as they are not sleeping and working hard to make their fans proud.

Wiz Khalifa and NE-YO to hit the shores of Ghana?