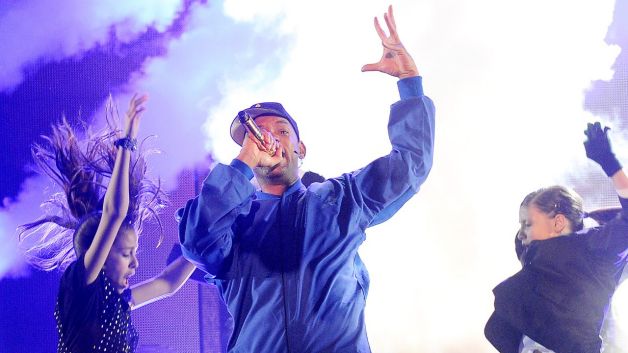 It’s been well over a decade since Will Smith dropped his multi-platinum Big Willie Style release, and Kanye West might just be the one to pull him out of semi-retirement. Since partially hanging up the mic, Smith has been busy becoming a box-office cash king, but revealed a potential Yeezy collaboration.

“I’ve been messing around with Kanye,” Smith told HipHollywood.com, while promoting his new film, After Earth, which co-stars his son, Jaden Smith.

Back in February, West and Smith were snapped together in a studio in Brazil, and he said they’ve been in the studio “a couple of times,” but the Philly native isn’t committed to doing a full music project just yet. “I might get the bug. I’m not going to do it unless I’m truly inspired. But he’s been pushing me a little bit.”

Regardless of whether anything comes from working with ‘Ye, Smith has already made his mark on hip-hop history. In 1990 he and DJ Jazzy Jeff won the first ever rap Grammy for “Parents Just Don’t Understand.”

Two years ago, the father of three linked with Lamar “Mars” Edwards of the production crew 1500 or Nothin’ to start work on his fifth studio album. It is unclear why the project was never completed.

For now, Smith’s focus is on After Earth, a big-budget sci-fi flick hitting theaters later this month. Co-written and directed by M. Night Shamalan, the futuristic film is set in the year 1000 A.E., with the former Fresh Prince of Bel-Air star taking on the lead role of Cypher Raige, alongside Jaden, who plays his fictional son, Kitai Raige. The duo attempt survival on the planet Nova Prime, after abandoning Earth due to cataclysmic events.

After Earth is based on an original concept by Smith, who also acts as producer and co-writer. The film is due out May 31.