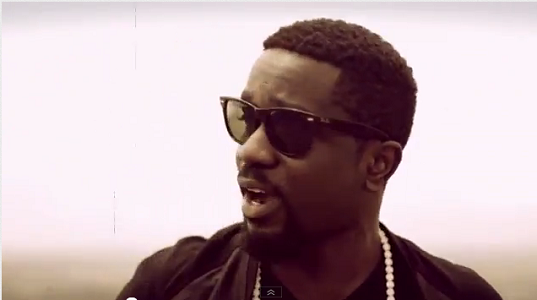 Although the Ghanaian music industry witnessed one of its busiest times ever in 2011 and 2012 with so many new artistes making hits with the insurgence of Azonto and the people’s willingness to dance, same could not be said of the music albums released by these same artistes.

This turn of events in Ghana has made it very difficult for many Ghanaian artistes who are ready to make money with only singles not produce and release albums as the number of albums released in the years under review could be counted as handful. Among the very few artistes who released albums were Okyeame Kwame, Edem, C Real and Sarkodie, just mention a few.

However with no hard feelings, I was and is still very disappointed at the way your management promoted the album, Rapperholic perhaps the BET award and the money gained from the numerous shows with the very few promoted songs including the infamous “You go kill me”, “Saa Okodie No” and “I’m in love with you” were enough.

A complete album comparable to the best works of Jay Z with features from Jay So, Efya, K.K Fosu, Mugeez of R2bees, Lighter Tod, Kwaw Kese, Rell, Tinny, EL, Sherifa Gunu, Kwabena Kwabena, Castro and Obrafour should have definitely gone more than it did.

Checking out the track listing for the album and listening to all of them over a long time, I felt it was neceassry to write this letter at this point when you are preparing to release “SARKOLGY”.

Although times change, I believe you could still reign with these very tracks on the album if your management would give life back to it than releasing the new anticipated one because it hurts to see most of these songs go “waste”.

God bless your hustle. Waiting to hear anxiously from you but hope it would be in writing and not a song since I don’t want to be made popular, lol.