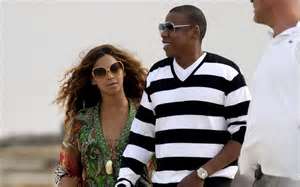 According to a newly-discovered document…

Beyonce and Jay-Z’s trip to Nigeria for a music festival was reportedly paid for out of a poverty alleviation fund.

Sahara Reports reports that officials in Bayelsa approved around $1 million to be used from the local poverty alleviation funds in order to support the first This Day Music Festival in Lagos, which saw the two stars perform.

It is not known how much was paid to the event’s performers and all indications are that they were not aware of where the money came from. Beyoncé performed a rendition of the Nigerian national anthem at the festival.