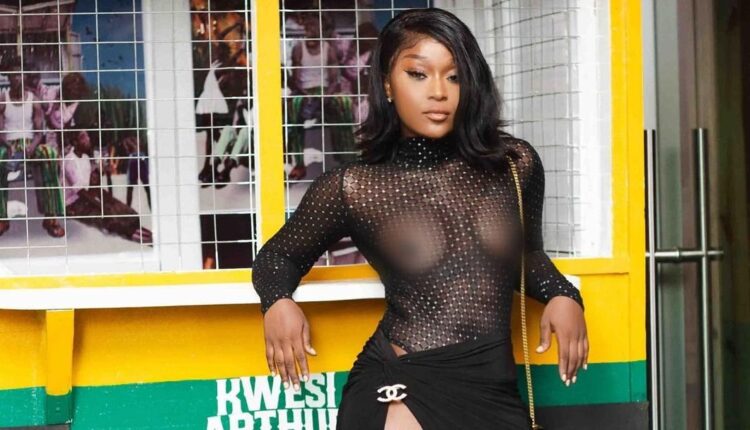 Ghanaian rap artiste Kwesi Arthur has no problem with an outfit Efia Odo wore to his private album listening held in Accra on Friday, April 21, 2022.

Although many have described Efya Odo’s outfit as provocative and too revealing, Kwesi Arthur believes the actress and socialite is “a confident woman” who is not “ashamed of being herself.”

Speaking with Abeiku Santana in an interview monitored by Ghana’s Hub For Pop Culture & Urban Entertainment News – www.nydjlive.com, the musician who just released a 15-track album “Son of Jacob” addressed the issue saying;

“I can’t be embarrassed by that. I invited her personally and she honoured the invitation. In terms of what she wore, I think she’s a confident woman and she’s not ashamed of being herself and I admire her for that. People showed up and we did what we had we were supposed to do on that night and I’m grateful for that”