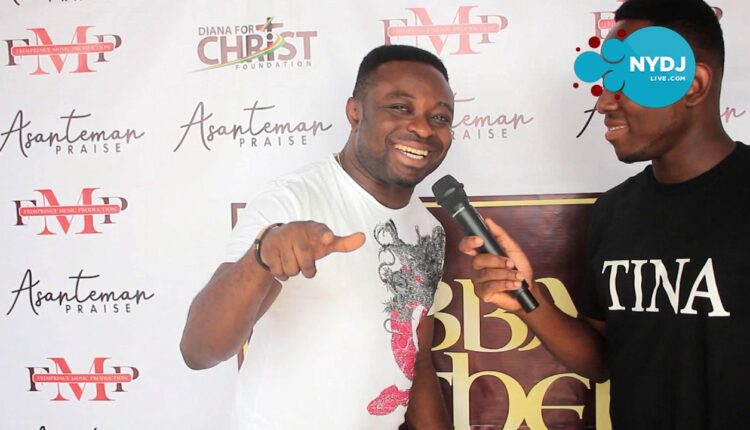 The musician who has been out of the music scene for a while revealed he took some time off to visit his family in Canada hence going mute on music.

Although he had been off the scene, the Aseda hit maker revealed he had been working in the back and has a number of songs including an album readied for release.

Video: I See No Competition From Any Gospel Artist – Kwaku Gyasi

Speaking to rumours that he had run out of music, the musician stated that was highly impossible and even if it ever happened, he didn’t mind tasking others to write songs for him.