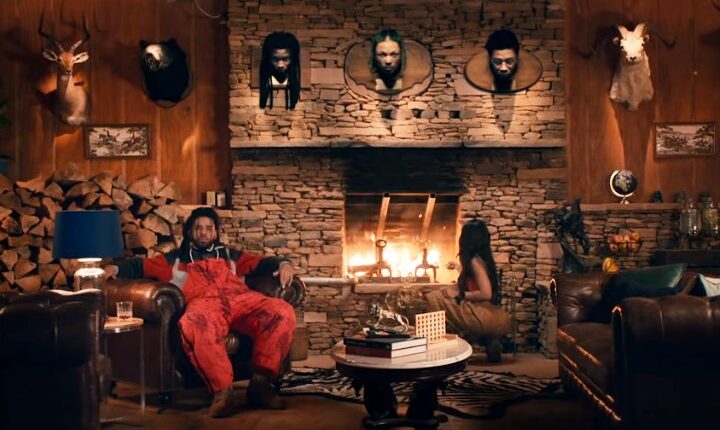 It’s been a month since J. Cole released his first single of the year, “Middle Child”.

Now, the hip-hop mogul has treated fans to its accompanying music video that was released on Monday, February 25.

Cole teams up with director Mez and producer Daniel Yarp to deliver the visuals for the song.

The visuals starts off with the Dreamville boss rhyming on a red carpet, with people singing his praises in the back.

It quickly takes a darker turn when the scene changes to a morgue, where dead bodies lying under sheets with dirty shoes.

Not minding the gruesome scene behind him, Cole continues to rap before driving a Bentley truck through the mud to get to his log cabin.