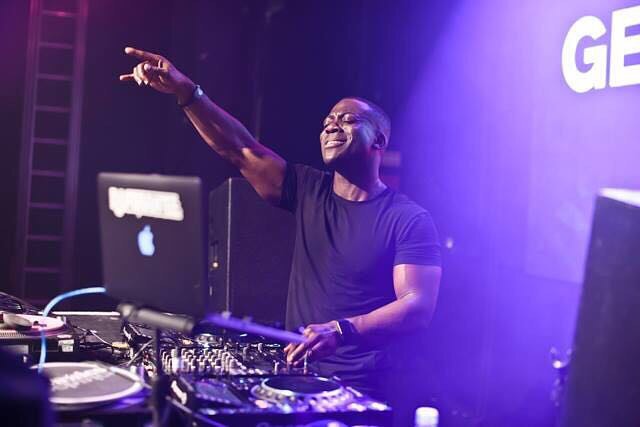 British-Ghanaian award-winning media personality and a frontier of Afrobeats music on UK radio, DJ Abrantee is a happy man.

Not only is he excited because he made his first major public appearance since 2017, but the former Capital Xtra presenter is also elated because “he walked, talked and had the time of my life presenting “The Best African Act” award at the 2021 MOBO Awards held at the Coventry Building Society Arena.

Quite an acknowledgement of his efforts to the Afrobeats movement which has since seen several stars from the African continent rise to global prominence.

Expressing his excitement, DJ Abrantee in a post wrote;

“Last night, I walked, talked and had the time of my life presenting “The Best African Act” award with the stunning @kazkamwi 😍 at the @moboawards to @wizkidayo 🦅 i wish, the doctor who said I had no chance and said anything like this would impossible, could see me now. GOD IS THE GREATEST!!🙏🏾

The only thing that has changed about me and has become the best thing that has ever happened to me is the loss of ALL fear! I now truly believe that I can do ALL things through Christ who strengthens me. Thank you so much to @kanyakingcbe  @moboawards for the opportunity & believing in me and @may7ven  @dlaworldmedia for conspiring to make it happen and congratulations on the return of the #MoboAwards2021″

In 2017, DJ Abrantee was taken ill as he suffered from a stroke that got him off the media space for a long while.

He spent almost 8 months in the hospital receiving treatment.

EXCLUSIVE: First Pictures Emerge Of DJ Abrantee Walking Out Of The Hospital With Mum And Girlfriend