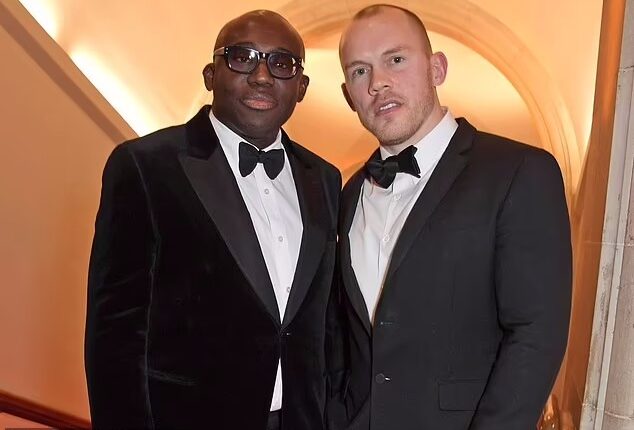 Vogue editor Edward Enninful is to stage what’s described as the A-list event of the year when he marries his long-term partner in a lavish star-studded ceremony at Longleat House.

According to The Mail, the Ghanaian magazine chief will tie the knot with his filmmaker fiance Alec Maxwell on his 50th birthday later this month.

Three hundred guests, including Leonardo DiCaprio, David and Victoria Beckham, Kate Moss and fashion designer Donatella Versace, are expected at the stately home in Wiltshire that boasts a 9,000-acre safari park famed for its lions.

Supermodel Naomi Campbell, who had a well-publicised falling-out with Mr Enninful, a friend for 30 years, is expected at the wedding later this month after they settled their differences.

The Vogue supremo also counts Kendall Jenner, Cara Delevingne, Orlando Bloom and US models Gigi and Bella Hadid among his close circle, leading to speculation that they may also join the guest list.

Supermodels Eva Herzigova and Irina Shayk are also expected to be invited, but it is not known if Dame Anna Wintour, Vogue’s editor-in-chief, will be there following rumours of tension between Mr Enninful and her.

It is believed that Mr Enninful’s close friend Emma Weymouth, the Marchioness of Bath, has given him the use of Longleat where she lives with her husband Ceawlin Thynn, the 8th Marquess of Bath.

The model and socialite, Britain’s first black marchioness, is a contributing editor to Vogue and is regularly seen socialising with the fashion magazine’s staff at swanky restaurants in London.

Mr Enninful and Mr Maxwell, who live in West London, are expected to bring their beloved black-and-white Boston terrier Ru to the event for a double celebration that will also mark the Vogue editor’s milestone birthday.

In an interview in 2019, Mr Enninful confirmed that he had proposed to Mr Maxwell, whom he met at a party 15 years earlier.

‘Over dinner, I just asked if we should get engaged. We’ll marry eventually – there’s no rush,’ he said then.

The journalist also revealed that he would like to be a father.

Trowbridge Register Office confirmed last week that Longleat’s licence to carry out weddings had been renewed and that Mr Enninful and Mr Maxwell would be among the first couples to hold their weddings there, this spring.