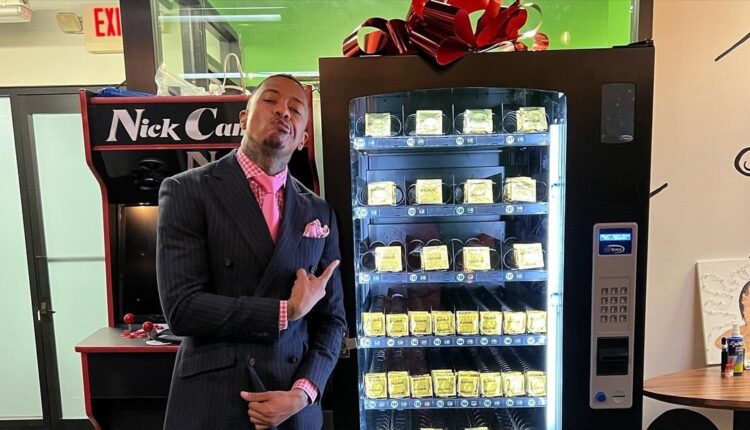 Kevin Hart and Nick Cannon got to be the best friends!

Nick Cannon showed off the hilarious gift that Kevin Hart pranked him with after announcing he was expecting his eighth child.

The talk show host, 41, was gifted a vending machine full of condoms from the 42-year-old stand-up comedian, who has four kids of his own.

In a photo posted to his Instagram, The Masked Singer judge flashed a silly expression as he posed by the side-splitting machine, filled with Magnums.

‘Looks like somebody just sent me an early Valentine’s Day gift!! Vending Machine full of Magnums,’ Nick captioned the photo, along with a head slap and heart emoji.

Nick did not initially reveal who sent him the hilarious gift, which had a shiny red ribbon on top of the machine.

Hart eventually revealed he was the sender by reposting the picture to his own Instagram with a funny caption, in which he quipped his pal no longer has ‘an excuse’ not to use protection as all these ‘condoms are free.’