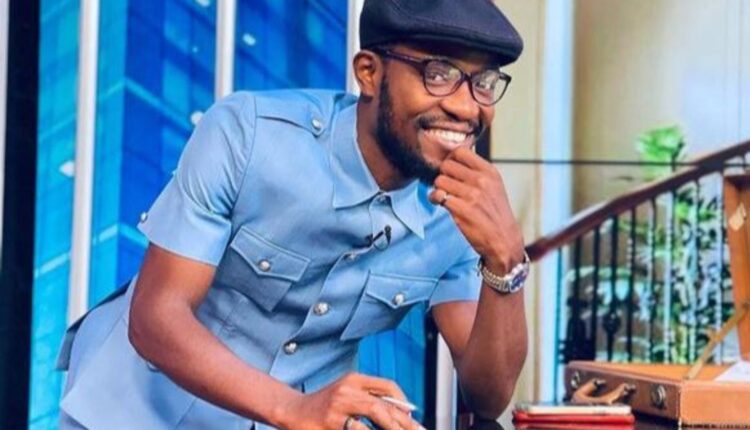 Ghanaian comedian Michael Owusu Afriyie popularly known as Teacher Kwadwo has rendered an apology for a ‘rape joke’ he passed on social media in 2015.

According to the comedian, he acted as a young comedian with no guidance at the time.

The joke which sparked a lot of conversation on social media especially from female groups got his contract with a phone brand terminated. Female groups including Pepper Dem also called on the Ghana Education Service to terminate his appointment as a teacher.

Friends, I have been thinking of putting out this statement for at least the past 6 months.

As some of you may recall sometime in 2015, as part of the comedy skits and funny routines I usually put up online, I made a joke about rape, not on this page but on my personal account with the name “Michael Owusu Afriyie”. At the time, it seemed routine and standard. I basked in the likes, and shares that are inherent to the Facebook culture and was confident that the great reaction was indicative that I was doing well as a comedian.

As a young comedian without proper guidance, even when others pointed out why my joke was at the time inappropriate, I did not take time to reflect on the substance of my comments and the criticism it engendered from a small quarter of internauts. I fed off the support of the majority, and did not take kindly to comments that my joke amounted to being a “rape apologist”.

I did not take the time to reflect properly on the fact that even though I as a person find rape and all forms of non-consensual sexual contact completely disgusting, my joke could have and was in fact perceived by some to be making light of the trauma and lived experiences of victims of sexual violence.

I went on the offensive against those whose comments should have gotten me to pause and reflect even more deeply. Angered by comments calling me a rapist or a rape apologist, because of my joke, I also said and wrote things that I do not today recognise. I ridiculed people and silenced the voices of those who felt offended by my joke. I did not often pause and reflect on how I was legitimising hate and trivialising sexual violence. At least not enough.

To all those people, including women who are committed to gender equality, feminists and other civic-minded people, I am by this statement apologising for my past conduct. To those about whom I made unsavoury comments, exposed to ridicule or hate, I sincerely regret my actions and apologise to you. Nothing excuses my conduct, and I do not feel entitled to your forgiveness. Also, nothing I can say today can ever repair the harm I have caused you.

Rape jokes are everything but funny!

My statement today represents years of growth and maturing. But it does not and should not suggest that I am a finished product. I am certain that I may make new mistakes, hopefully unlike any of the past mistakes, but mistakes, nonetheless. I pray that when that time comes, you guide me, and you provide me with an opportunity to learn. Just as you did in the past. Trust that this time, you will find a person more reflective, and who has taken the time to do the work of growth.

It seems also clear to me today that, there are certain people who consider themselves true fans of mine, and who haven’t done the same work, or confronted themselves with perspectives that are not their own, or of those outside their social circles. They may not have also benefitted from the advice of very good people, who have continued to work with me towards getting me to redefine my worldview as well as reflect on my work as an artist.

I commit myself to educating, to using my platform to draw attention to and to invite others to reflect more deeply on the legacy of words and value of the opposite perspective.

To all who have waited patiently for me to reach this level of understanding and clear-eyed conviction, I thank you. I hope to show the same level of patience with others, and also be committed to their growth as you have been with me.

I look forward to engaging in conversations about how the footprints we leave as individuals as well as how we get with social media as a culture.”