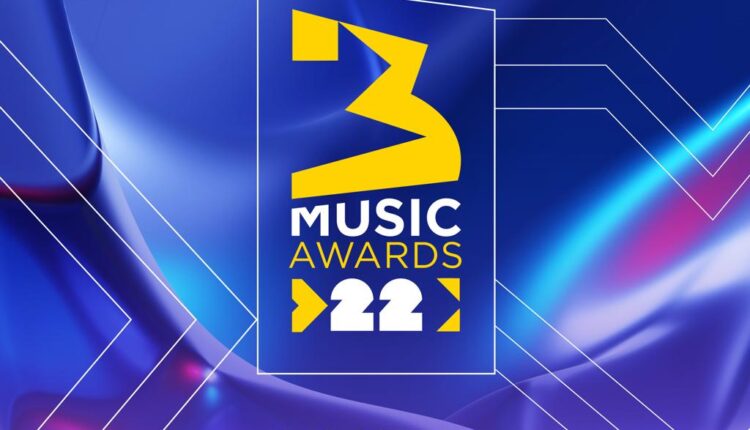 3Music Networks have today announced the return of the 5th Annual 3Music Awards with More Than Music.

The 5th annual 3Music Awards will be officially launched during the Nominees announcement slated for Friday, 11th February, 2022 in Accra. The announcement will also be live on 3Music TV and other media affiliates.

The 3Music Awards is Ghana’s premier platform for celebrating and rewarding excellence in music. The event has gained credence over the years for progressive innovation and groundbreaking entertainment value.

Its revolutionary 2020 edition was well recounted in Ghana and beyond both for its concepts and outstanding television. The 3Music Awards franchise is also arguably the most equitable and revolutionary awards show on the continent today.

The Awards have always championed the inclusion of the marginalized, especially women. The Women’s Brunch segment of the show is dedicated to this purpose. This year’s Women’s Brunch will be held on the 6th March with a big reveal of the Top 50 Women in Music (Africa). On the next weekend, the first Fan Festival segment premieres on the 12th of March. The Fan Festival is a celebration carnival which pitches nominees with the fans in a setting of lifestyle, food, fashion and live entertainment.

Supported by HD+, HD experience partner and Ballantine’s Scotch Whiskey, the event this year reverts to its orthodox live show audience set-up after a COVID-forced virtual-subjective format over the past two seasons. 3Music has become even more valuable since COVID for fronting the efforts to empower music, enable creatives and treat audiences while providing peerless, sustained quality entertainment.

“More than Music is an upgrade on the famed 3Music Awards mantra, Here for the Music, and aptly encapsulates the elevation in both the standards and makeup of the event this year. This year there will be more segments, more awards, more inclusivity and wider reach. We are putting the spotlight both on music and all other auxiliaries which facilitate and enable the success of the art. This year’s Awards [show] is more comprehensive. It is more than music”, the Managing Director of 3Music Networks Sadiq Abdulai revealed.

In line with this, the 5th Annual 3Music Awards will pioneer a music industry development workshop for music video directors in February, 2022 inside the 3Music HQ in Abelemkpe, Accra. This initiative is powered by HD+.

Ghana music’s noblest night is in its fifth year already. The event’s popular catchphrase, Here for the Music, has been notably upgraded to More than Music to fit a clear intent to raise the bar and project scope and comprehensiveness.

After months of ideation, choice casting and nominee selection by the 3Music board, a frenzy brews over Ghana in readiness for another buzzing experience from the nation’s most anticipated entertainment event.