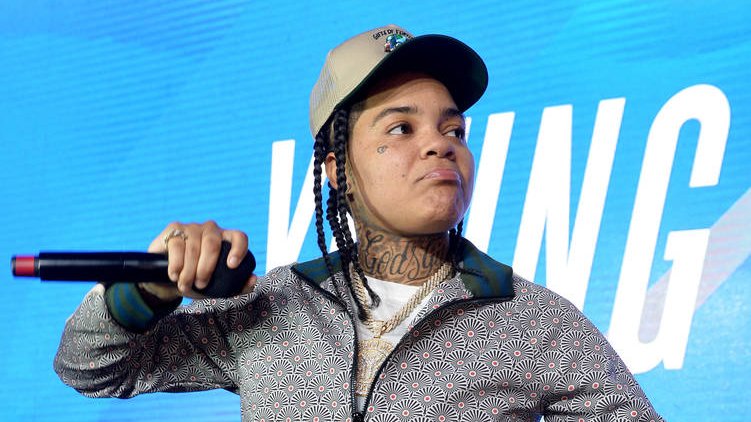 Young M.A became a trending topic after being asked about children during an interview.

A few comments about wanting kids caused Young M.A to become a trending topic. If you’ve been paying attention to social media this afternoon (July 20), you would have seen thousands of people storming the internet with memes and posts regarding rumours that Young M.A was pregnant.

The gossip spread like wildfire following the rapper’s interview with Headkrack on Dish Nation.

The host asked Young M.A if she could see herself one day becoming a parent, and the rapper was quick to say she not only wanted to but she would hope to also be married when parenthood rolled around.

Headkrack then asked if she wanted boys or girls and how many of each. “I want a boy,” said the rapper. “I want a boy first and then a girl. That’s it… I told my girl this.” It was a straightforward response, but soon, people on social media began firing off messages about Young M.A being pregnant when she didn’t say anything of the sort.

Later, she came forward to clarify for those who didn’t seem to understand the first go-round. “Of course, my girl is the one that’s gone be pregnant,”

Young M.A wrote. “That’s why I looked at her and mentioned her smh. Y’all bored lol, but I get it… Sell ya stories, and we workin’ on one now.”

Check out the clip of the interview and Young M.A’s response below.

She became a trending topic this afternoon after being asked about children in a recent interview with Headkrack on Dish Nation. pic.twitter.com/vViIEQ4wIE

WATCH: Adina Thembi Details Her Journey To Removing 16 Fibroids In A New…