Video: Stormzy Shows Up At Chip’s House After Feud 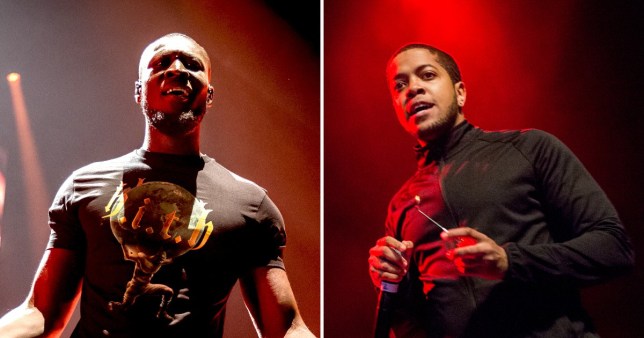 Chip has hit out at Stormzy, claiming the rapper has shown up at his house following the pair’s feud.

The Until You Were Gone hitmaker, shared a now-deleted video, writing on Twitter: ‘June… When you get sent a video of Stormzy & friends tryna run up on your house.’

In the video, Stormzy says: ‘Telephone me, innit,’ before he’s told: ‘You think you can just pull up to people’s houses? No I ain’t gonna phone you, Stormzy. You’re disrespectful bro, and that’s that.’

No way Stormzy pulled up To Chip’s house😭 pic.twitter.com/1IzirmaM9K

Shortly afterwards, Stormzy’s name began trending on Twitter, with the memes rolling in.

The Superheroes rapper, who deleted his social media earlier this year, hasn’t publicly commented on the video.

Rumours of some unrest between the rappers began earlier this year when Chip teamed up with Skepta and Young Adz on the track Waze, which appeared to allude to Stormzy. 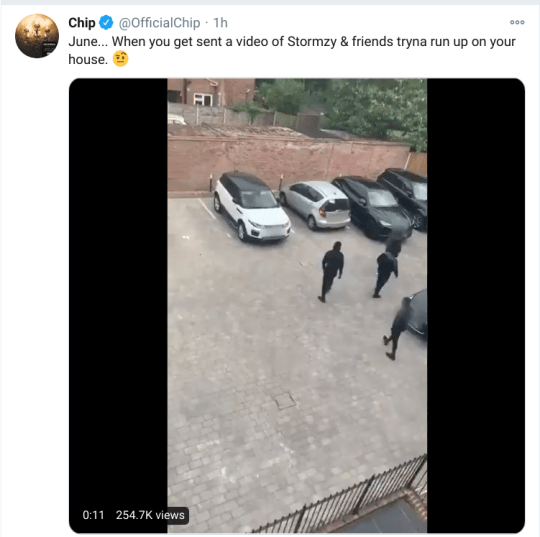 Chip’s lyrics included: ‘You ain’t even done ten years in this ting. Round here we don’t hear you’re a king, man will take your throne.’

It came after Stormzy called himself the king of grime in his Wiley diss track, Still Disappointed, which is what Chip appeared to be referencing.

Fans were quick to assume the lyrics were Chip sending for Stormzy, which made his verse on Tion Wayne’s new track I Dunno appear even more pointed.  Stormzy raps: ‘Is he sending for me? I dunno. What them boy there sell first week? I dunno.

‘When they ask for the fee let ’em know that’s it 1.5 for the headline show. Little n***a, that’s milli’s not thousands, Stormzy the goat but they really been doubtin’. Came offline, I’ve been chillin’ in mountains. How about you, bro? I really sell albums.

‘Wait, look, I thought I heard shots but the shoe don’t fit. Can’t flex on me with Louboutin drip. Cah my n***a, that’s stupid shit. We all know that I’m stupid rich.

‘Can’t stand these neeks when they talk on the tune. Cah it’s, “Wagwan bro?” when I walk in the room. That’s big Mike, the most paid, the most sold and I still get love from all of the goons, like.’