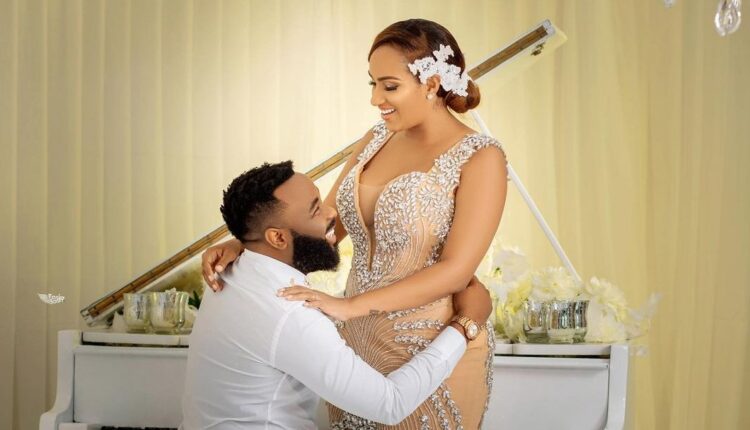 Ghanaian actress and film producer Juliet Ibrahim is at the centre of social media rumours as new pictures and a video circulating online suggests she recently got married secretly.

Although some tweeps believe the actress and  VJ Adams got married secretly, we believe these shots and video could be a mere promotional material for the wedding collection and nothing else.

The pair tied the knot in 2010 and divorced in 2014. Their union was blessed with a son named Jayden Safo.

Check out some of the pictures from below.

Video: Stormzy Shows Up At Chip’s House After Feud