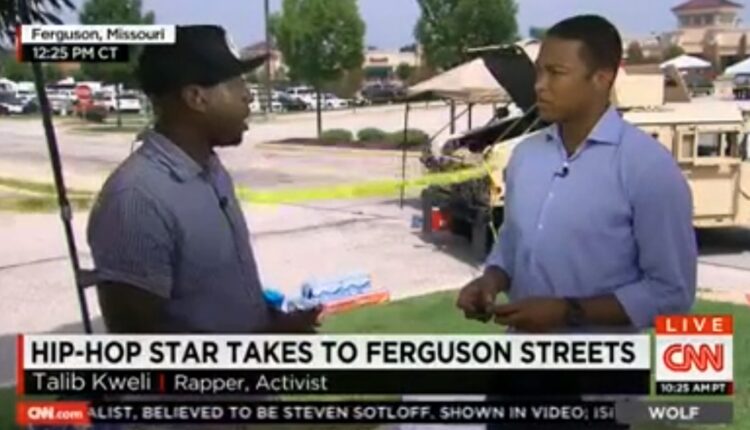 Don Lemon interviewed activist/rapper Talib Kweli who is on the ground in Ferguson, Missouri.

Talib is known for being outspoken and the interview starts off fine, but when Talib criticizes CNN’s coverage and accuses the media of inaccurately portraying what’s happening in Ferguson — Don tries to correct him.

That’s when things got ugly. The two had a full blown argument on live television.

Watch the drama unfold below.

Video: Ghana wins Gold at the Olympics in Nanjing