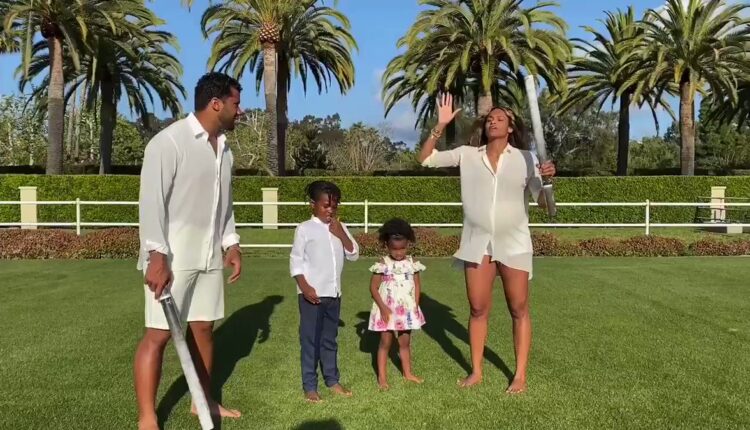 Congratulations are in order for  Ciara and Russell Wilson.

Pregnant Ciara and Russell Wilson announced on Tuesday, April 14, that they are expecting a baby boy.

“Gender Reveal!! What’s it going to be?” the singer, 34, captioned a Twitter footage of her husband, 31, shooting blue powder into the air from a cannon.

Ciara first revealed she was expecting her second child with the NFL player in January. “Number [three],” she captioned a  selfie  with her hubby.

In addition to their 2-year-old daughter, Sienna, the singer is also mom to son Future Zahir Wilburn, whom she shares with ex Future.

How Did You Meet Sarkodie? Tracy Answers 7 Frequently Asked Questions