Video: Movie Producers Have Not Been Fair To Me – Komfour Kolege 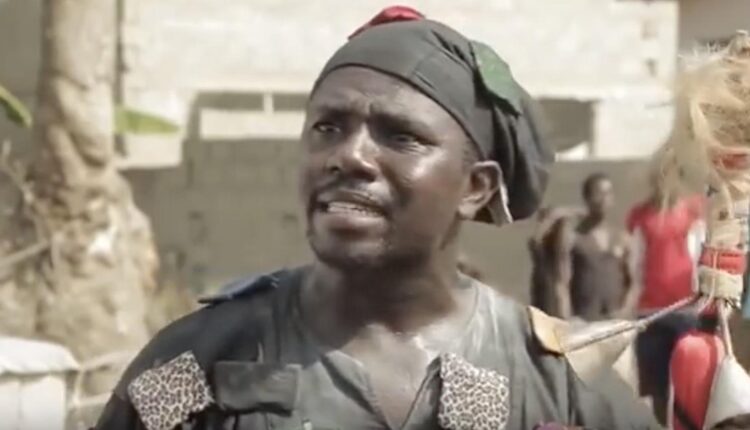 Popular Ghanaian actor Collins Oteng otherwise known by his screen name Komfour Kolege has asked casting directors and movie producers to cast him in other roles apart from acting as fetish priest.

The actor who rose rapidly to fame after playing continuous roles as a fetish priest in various movies in an exclusive interview with NY DJ on y102.5FM revealed he was good in playing other roles but has yet to explore those since most producers prefer to cast him for fetish roles.

“There’s one thing that kill artists. We are often tagged with one role and used till we are exhausted” he said.

Asked which other roles he could play perfectly well, Komfour Kolege responded saying he was good in playing romantic roles.

“I can play a romantic role exceptionally well. The producers are not being fair to me at all. They’ve given all the romantic roles to Bill Asamoah. He’s chilling brutal,” he laughed.

“I’ve long yearned for them in my mind. If I get them in a romantic role…..” he laughed.

Komfour Kelege during the interview shared his journey as an actor and explained how he came about acting excellently as a fetish priest in movies.

Video: Stonebwoy Addresses Concerns Over His Song “Kpo K3k3” Being Played In Church