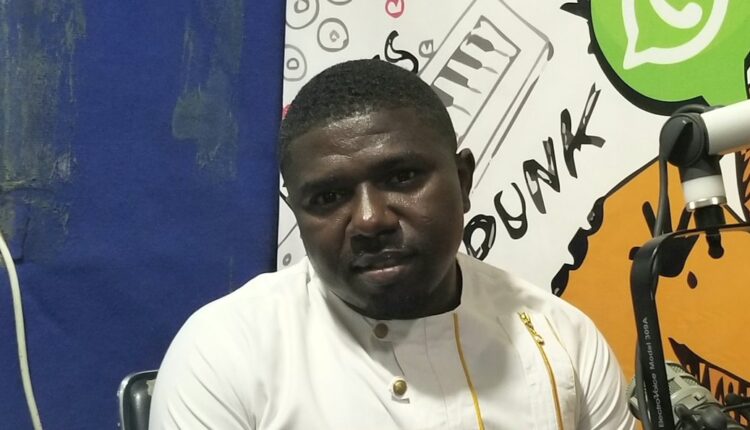 Hilarious Ghanaian actor Okomfour Kolege known widely for his fetish roles has shared quite an encouraging yet sad story of his beginnings in the movie industry.

Unlike many who dreamt of white collar jobs, Okomfour Kolege revealed he always wanted to be an actor.

In an emotional interview with NY DJ on Y102.5FM, the actor revealed his passion for acting took him to the extent of sleeping in cars of various movie directors and producers.

“The journey started back in 2005. I never had the chance to act as then so served as an errand boy on set and made sure everything was alright with the ‘stars’. I had to follow them, wash their cars and eventually find space in the cars I washed to sleep as they enjoyed the booked rooms. I never lost hope and this eventually helped me win their hearts.”

Born the only male among his siblings, Collins Oteng popularly known as Okomfour Kolege admits the movie industry despite the many challenges has been amazing so far.