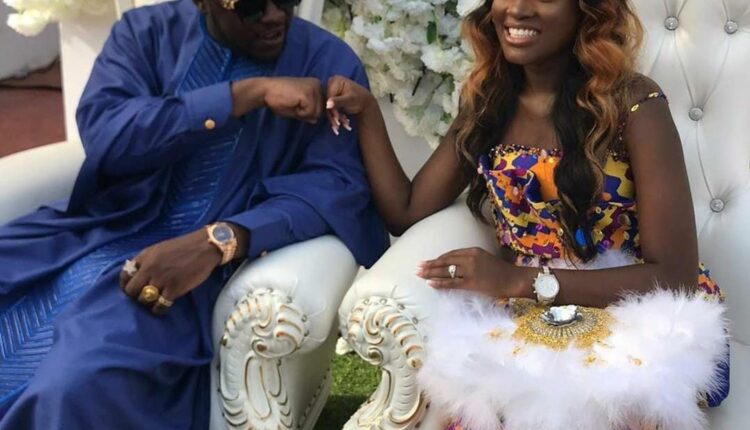 Do you remember The Boy Who Cried Wolf, one of Aesop’s Fables, numbered 210 in the  Perry Index?

Well, Ghanaian actress Fella Makafui has confirmed her collapse during her wedding to rapper Medikal was a prank.

According to her,  she acted that out just to pull a fast one on her husband.

It is unknown why she would want to pull such a prank in the midst of family, friends and other highly respected personalities present.

The two, ever since their relationship began have been involved in several publicity stunts with many believing the marriage ceremony is even a stunt.

Watch Fella explain from below.

During the wedding ceremony which took place in Accra, Ghana on Saturday, March 7, 2020, Fella Makafui collapsed and was rushed out of the venue only to be brought back minutes later.

She then changed almost immediately into a new outfit and joined the husband on the dancefloor.