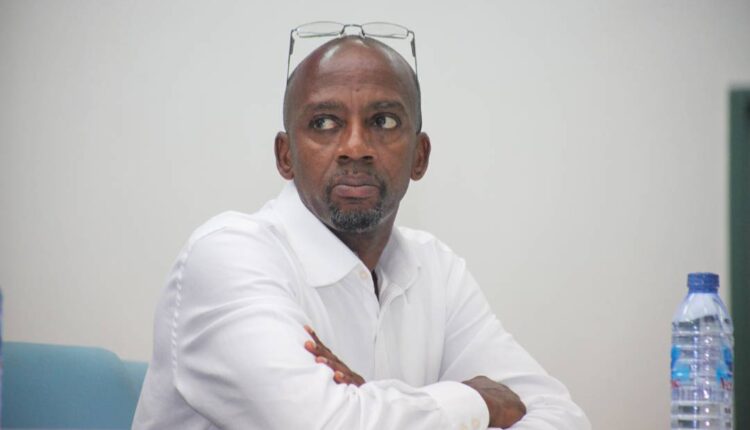 GHAMRO is ready to go an arm’s length with leader and founder of Believers of Anointed Palace Chapel APC, Reverend Obofour after its member Celestine Donkor reported a copyright abuse.

Musician and head of the Ghana Music Rights Organisation (GHAMRO), Rex Omar has advised Reverend Obofour to opt for an out of court settlement in a new copyright suit filed against him by its member Celestine Donkor.

As monitored by Ghana’s Hub For Pop Culture & Urban Entertainment News – www.nydjlive.com, Rex Omar during a conversation with Nana Ama McBrown on United Showbiz revealed the organization was not interested in settling cases in court hence several mediations.

“We did same for MTN and Ephraim Amu,  Bank of Ghana and Pat Thomas. GHAMRO settled the issues between Bullet and the late Ebony’s father”.

He was, however, optimistic Reverend Obofour would lose the case outright in court and therefore advised he finds a better way to settle it immediately.

“I would advise him not to listen to anyone deceiving him because he would not win this case. He should immediately give off whatever is due to Celestine Donkor.  That’s what we want. If he wants  GHAMRO to mediate,  we are available to settle this so he pays off our member what is due her. If he opts for the courts too, I can assure him GHAMRO will join the suit and fight for our member to get what is right. It is not right to use her song for an advert for a crusade without her consent” he said.

Not too long ago,  Mr Kofi Donkor, husband of Celestine Donkor hinted they were ready to seek redress from the law courts since Reverend Obofour was not ready to pay them for using their material in an advert.

I write to you not as one of your followers and a beneficiary of your ‘generosity’ but as the executive producer of the song you used to promote your 31st December watch night service WITHOUT permission.

When the police investigator and myself met you in your Achimota office you claimed you were promoting the song and that you have a very large following but sadly you said you have never heard a name Celestine Donkor before. I am surprised at how you can promote a person you don’t know exists but granted.

My team did everything to get you to put on your sense of reasoning but like you got one of your subordinates to tell Akwasi Aboagye on Peace fm when this issue first broke in November, “we can go to hell”.

We are not going to ‘hell’ but we are going to the courts to seek justice. Just so you know, we have a date on Wednesday. But this time it is an order for you to appear before the Criminal Court. This is just for the commencement of the Criminal aspect of your unlawful act. Also note that the Civil suit will soon commence.

We did everything to get you to address this illegality but you know we are nobodies and so you retreated us with gross disrespect. Justice will prevail. Like they say “the wheel of justice grind slowly”, We shall surly have Justice!

See you in court Sir.